Glen Akins on the Photons, Electrons, and Dirt blog writes about reverse engineering a proprietary string of RGB addressable lights sold well before the current crop of addressable strips (such as NeoPixels).

Back in the early 2000’s–at least a decade before there were NeoPixels or WS2812b LEDs–Color Kinetics introduced flexible color changing LED string lights. Each string contained fifty RGB color changing nodes. Each node contained an RGB LED and a custom ASIC. The nodes were strung along at either 4″ or 12″ spacing along a three conductor cable. The cable connected back to a power data supply that powered the nodes and translated the light level data from either DMX-512 or Ethernet UDP packets into the proprietary protocol used by the nodes. Today we’re going to reverse engineer that proprietary protocol.

Color Kinetics is big into branding and trademarks. They call their RGB LED string lights iColor Flex, the ASIC inside each node is a Chromasic, and the protocol they use to communicate is called the Chromasic protocol. The biggest differentiators between all the different products are the color of light emitted, RGB or white, and the diameter of the node, 15 mm or 35 mm. 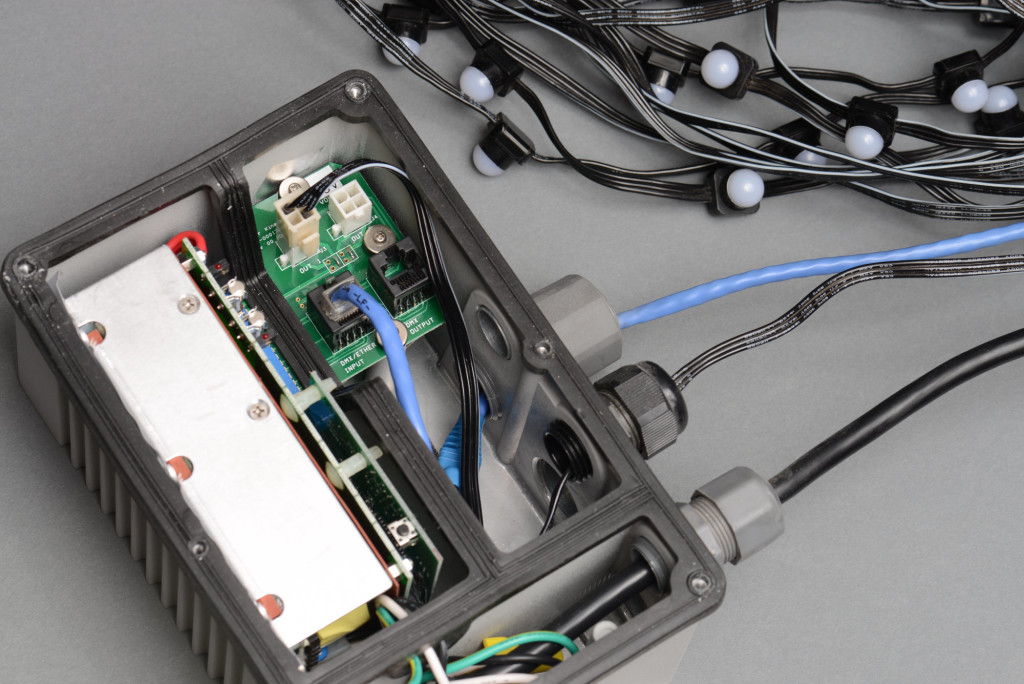 Their goal: to figure out the pinout of each connector and the protocol used at each point between the power supply and first node on the string. This includes at the four-pin AMP connector on the power data supply, the screw terminal block inside the dongle, and at the three-pin Amphenol LTW circular connector at the lights.

The post goes over reverse engineering the proprietary protocol and reimplementing it on an FPGA board. 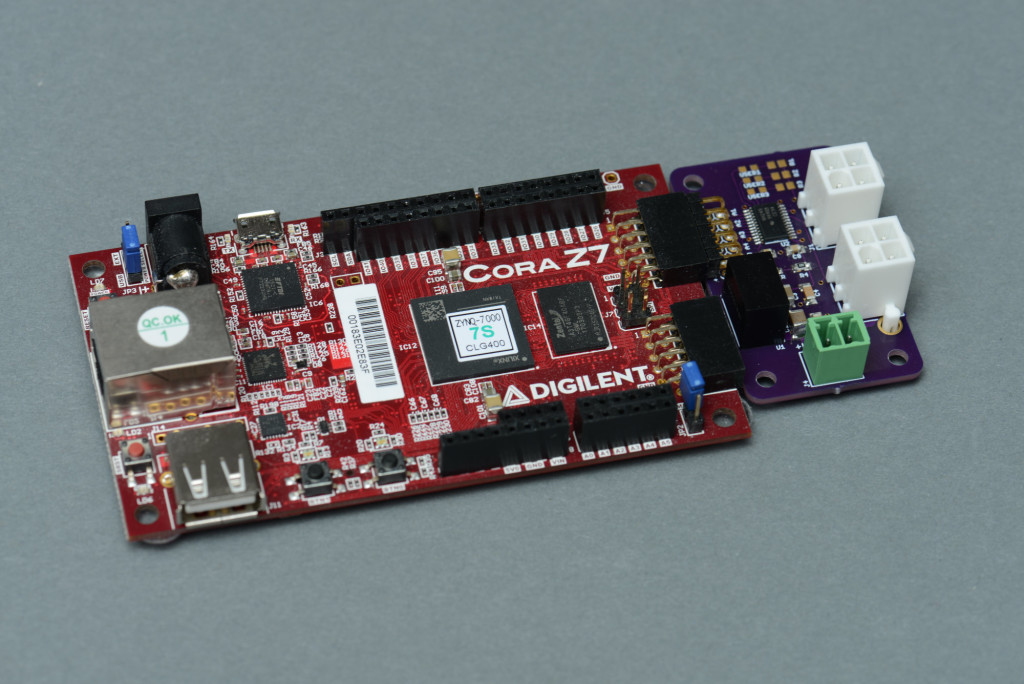