The Brain, Children, and STEM 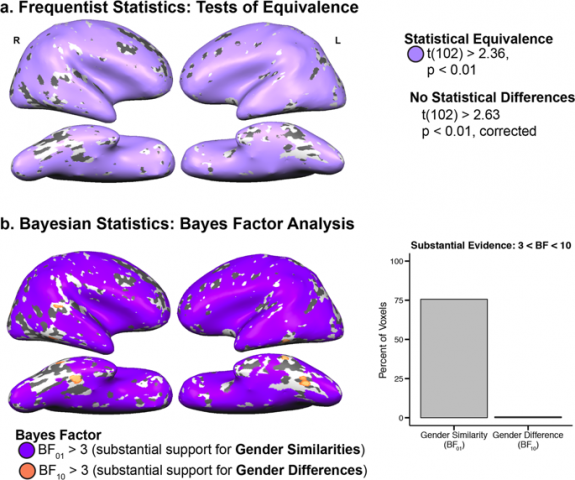 Researchers at npj Science of Learning published a study showing that the neural functioning of boys and girls doing math was quite similar.

Some scientists and public figures have hypothesized that women and men differ in their pursuit of careers in science, technology, engineering, and mathematics (STEM) owing to biological differences in mathematics aptitude. However, little evidence supports such claims. Some studies of children and adults show gender differences in mathematics performance but in those studies it is impossible to disentangle intrinsic, biological differences from sociocultural influences. To investigate the early biology of mathematics and gender, we tested for gender differences in the neural processes of mathematics in young children. We measured 3–10-year-old children’s neural development with functional magnetic resonance imaging (fMRI) during naturalistic viewing of mathematics education videos. We implemented both frequentist and Bayesian analyses that quantify gender similarities and differences in neural processes. Across all analyses girls and boys showed significant gender similarities in neural functioning, indicating that boys and girls engage the same neural system during mathematics development.

Comments Off on The Brain, Children, and STEM