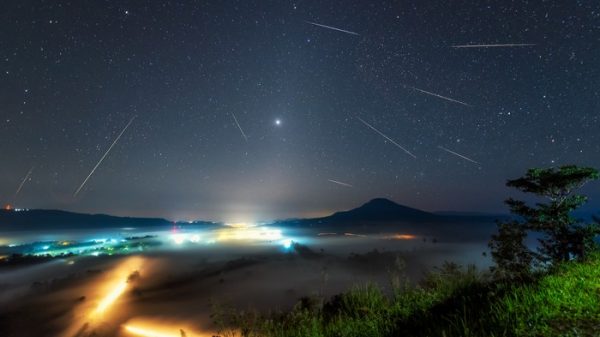 On Thursday night, Earth might pass through the trail of a comet that humans have never directly observed, but which has lit up our skies with fantastic outbursts of hundreds of meteors for at least the past century.

The meteors are called the alpha Monocerotids, because they are located in the direction of the constellation Monoceros, or the Unicorn. For this reason, the meteors are sometimes called the “unicorn” shower.