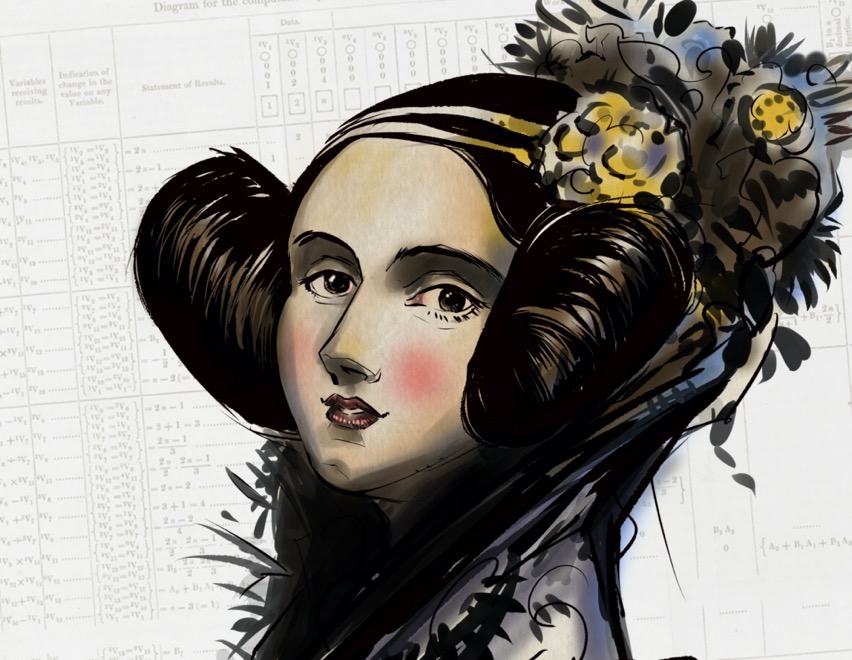 We are huge fans of Ada Lovelace and today would be her 204th birthday. A lot has changed since her time and we owe a lot of that change to her.

In her honor we would like to wish a happy day to all the Women in STEM getting it done!

You can take a minute to check out some of ways we remember Ada from Ada Lovelace Day to numerous other blog posts.

Last Year Alvaro Videla on Medium made an awesome advent calendar full of Pioneering women in computing. Fittingly it was kicked off with Ada:

In recent years we have seen a rise of Functional Programming(FP) in the industry, where one of the main claims of FP is to help us deal with the state of a program, by introducing notions like immutability, so we can reason about a program’s correctness. This problem didn’t escape the insightful mind of Ada Lovelace. In her own words:

How multifarious and how mutually complicated are the considerations which the working of such an engine involve. There are frequently several distinct sets of effects going on simultaneously; all in a manner independent of each other, and yet to a greater or less degree exercising a mutual influence. To adjust each to every other, and indeed even to perceive and trace them out with perfect correctness and success, entails difficulties whose nature partakes to a certain extent of those involved in every question where conditions are very numerous and inter-complicated. [emphasis mine]

Isn’t it amazing that problems that still affects us today were foreshadowed by Ada Lovelace over a century ago?