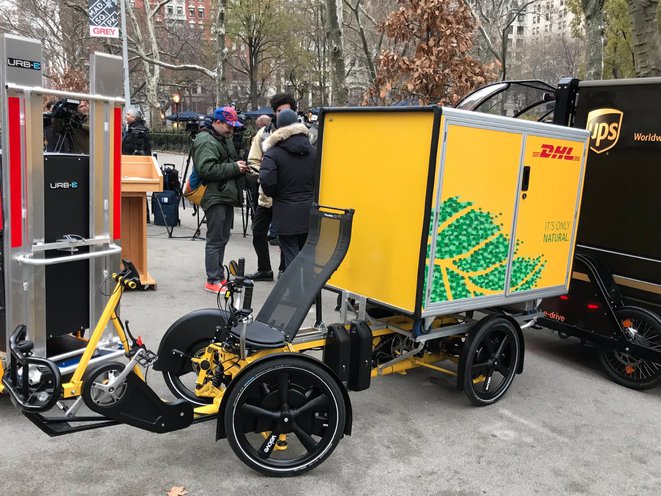 New modes of delivery are coming to New York. Via Gothamist:

New York City is joining Seattle and Berlin and other major cities in allowing for electric cargo bikes to park in commercial loading zones, in an effort to ease congestion and pollution. The pilot will apply to 100 bikes operating in Manhattan below 60th Street. “We really need to catch up here in New York,” Department of Transportation Commissioner Polly Trottenberg told reporters at a press conference in Midtown on Wednesday afternoon.

…but now UPS and DHL have committed to using them too. According to an Amazon rep, every bike replaces a truck. DHL says they will have three of the delivery bikes, which can carry 150 shipments and 300 lbs, replacing three trucks. UPS will start with two, but none of their trucks will be taken off the street. …