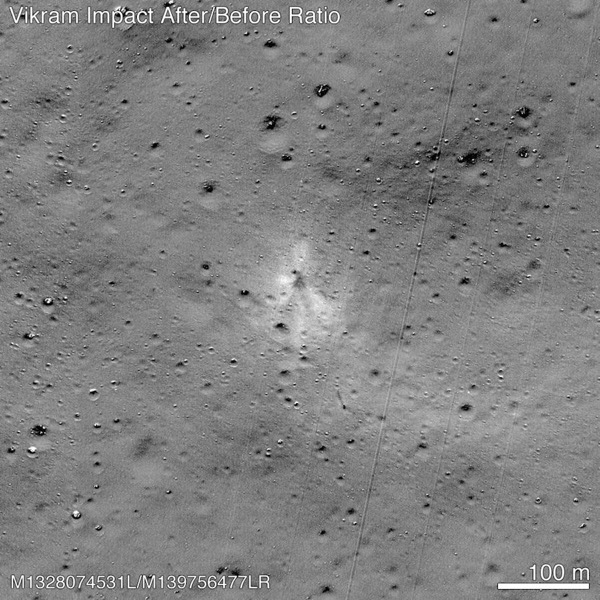 An Indian software developer and mechanical engineer combing through high-resolution imagery captured by a NASA spacecraft has located debris scattered on the lunar surface in September by the crash of the Vikram lander, India’s first probe to attempt a soft touchdown on the moon, NASA said Monday.

A camera mounted on NASA’s Lunar Reconnaissance Orbiter has recorded images of the Vikram spacecraft’s target landing site since Indian ground controllers lost contact with probe Sept. 6 during final descent to the moon.