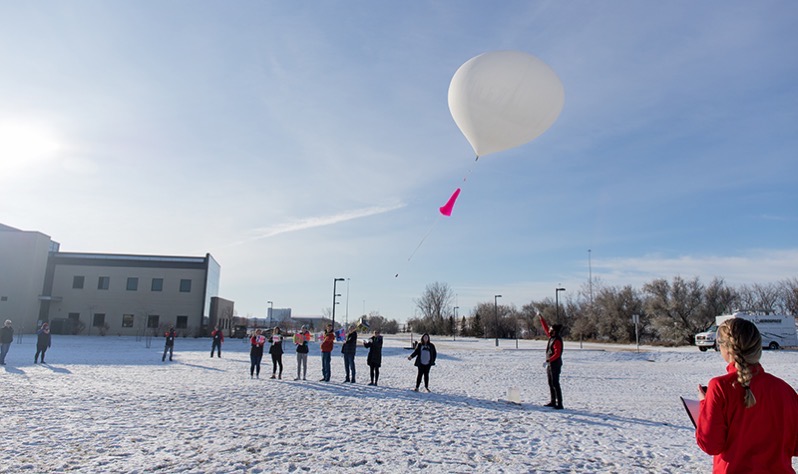 Hosted by the University of North Dakota-based North Dakota Space Grant Consortium (NDSGC), the ballooning challenge funds teams across the state to design, build and present experiments on campus before launching payloads miles above the planet’s surface.

Two balloons launched near Robin Hall on Nov. 23 reached as high as 86,000 feet before popping and sprouting bright pink parachutes to aid their stringed payloads’ descent. The two sets were found close to Gary, Minn. – more than an hour’s drive from the launch site. 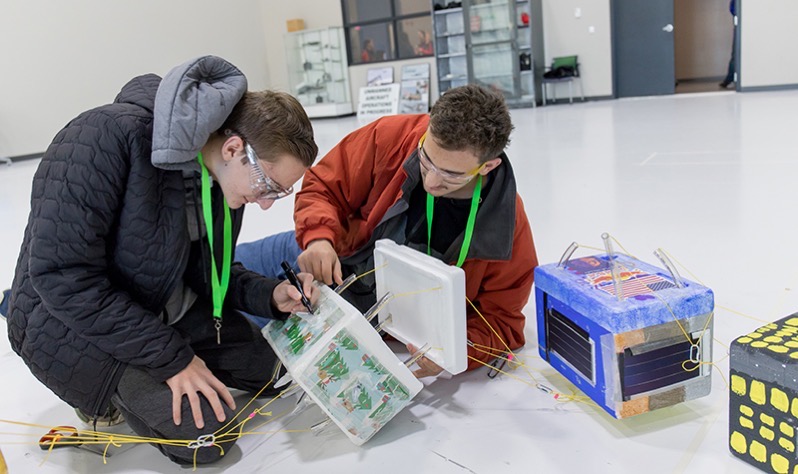 Using a microcomputer called a Raspberry Pi, the team also had assembled a system of sensors capable of measuring temperatures across the assortment of test tubes.

“We’ll measure how cold each will get and whether it will freeze,” Brinegar said. “We’ll also test on the ground to see if at that temperature, it would freeze.”