This Dramatic Sun Explosion Could Unlock the Secrets of Fusion 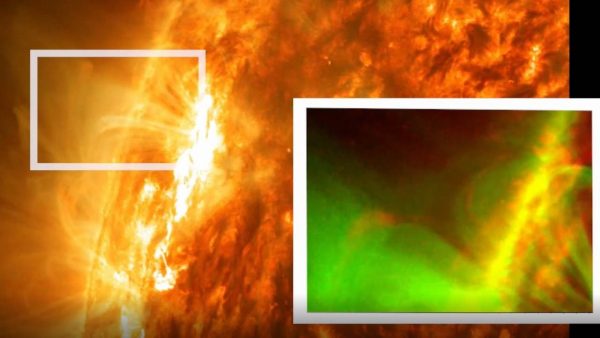 A never-before-seen magnetic explosion has confirmed a long-suspected theory about our Sun, not to mention creating a dramatic light show spotted for the first time. NASA scientists at the Solar Dynamics Observatory caught the moment a vast loop of superheated material erupted from the surface of the Sun on the SDO’s sensors, then blossomed into a magnetic explosion.

The Sun is hardly a stable subject for observation by the SDO team, frequently seeing huge eruptions of material, swinging magnetic fields, and more. However while NASA and other scientists have seen magnetic field lines explosively snap and realign before, this is the first time it has been caught being triggered by an eruption.