On January 2, 1920, Isaac Asimov, the renowned science fiction and science author (and biochemistry professor), was born. Asimov was a prolific writer who wrote or edited more than 500 books and an estimated 90,000 letters and postcards. From Wikipedia:

Asimov wrote hard science fiction. Along with Robert A. Heinlein and Arthur C. Clarke, Asimov was considered one of the “Big Three” science fiction writers during his lifetime. Asimov’s most famous work is the “Foundation” series, the first three books of which won the one-time Hugo Award for “Best All-Time Series” in 1966. His other major series are the “Galactic Empire” series and the Robot series. The Galactic Empire novels are set in earlier history of the same fictional universe as the Foundation series.

Later, with Foundation and Earth (1986), he linked this distant future to the Robot stories, creating a unified “future history” for his stories much like those pioneered by Robert A. Heinlein and previously produced by Cordwainer Smith and Poul Anderson. He also wrote hundreds of short stories, including the social science fiction novelette “Nightfall”, which in 1964 was voted the best short science fiction story of all time by the Science Fiction Writers of America. Asimov wrote the Lucky Starr series of juvenile science-fiction novels using the pen name Paul French. 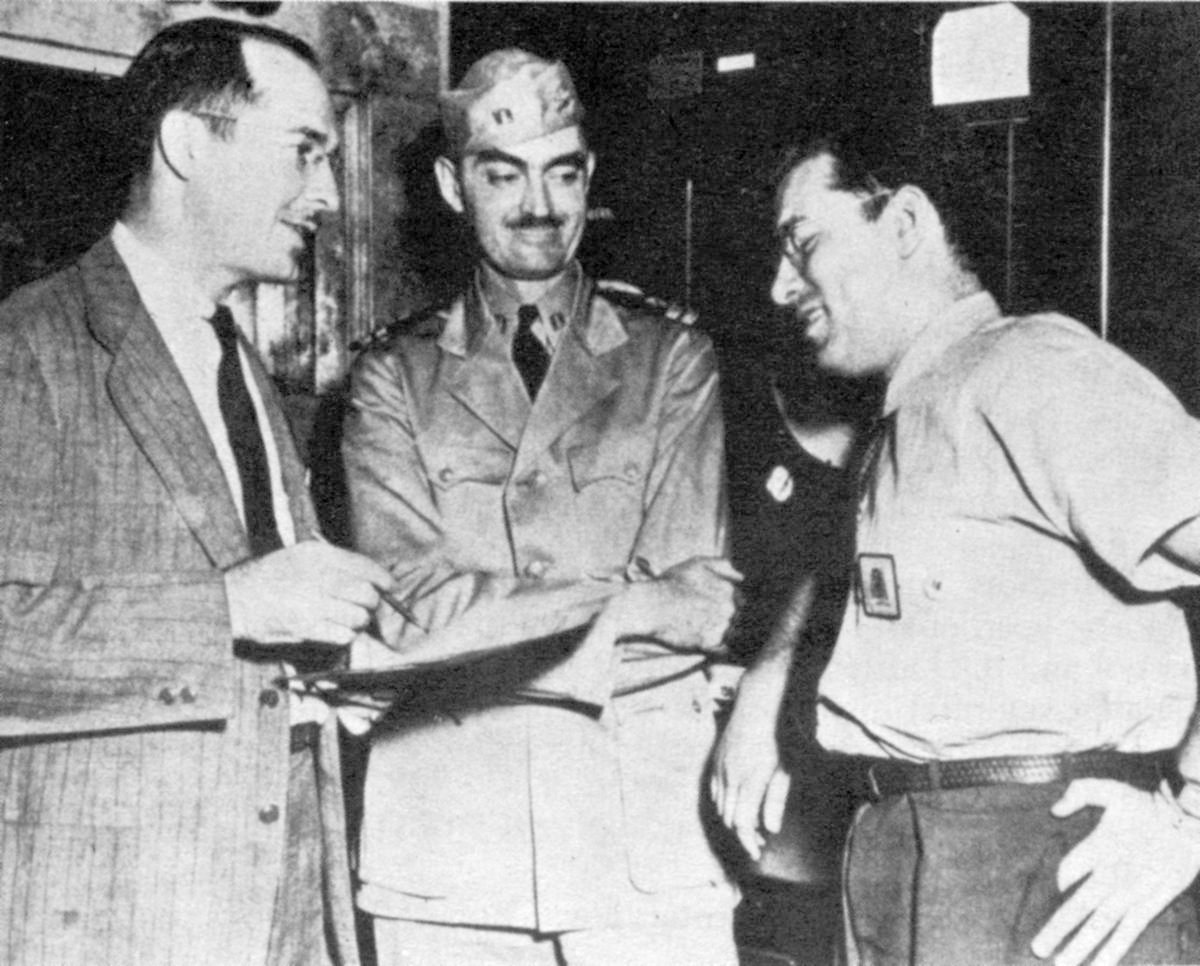 Some little known facts about the author’s life:

Asimov was afraid of flying, doing so only twice: once in the course of his work at the Naval Air Experimental Station and once returning home from Oahu in 1946. Consequently, he seldom traveled great distances. This phobia influenced several of his fiction works, such as the Wendell Urth mystery stories and the Robot novels featuring Elijah Baley. In his later years, Asimov found enjoyment traveling on cruise ships, beginning in 1972 when he viewed the Apollo 17 launch from a cruise ship. On several cruises, he was part of the entertainment program, giving science-themed talks aboard ships such as the RMS Queen Elizabeth II. 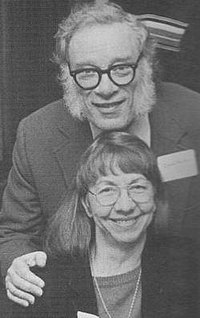 Asimov with his second wife, Janet

Asimov took to wearing bolo ties after his wife Janet objected to his clip-on bow ties. He never learned to swim or ride a bicycle; however, he did learn to drive a car after he moved to Boston. In his humor book Asimov Laughs Again, he describes Boston driving as “anarchy on wheels.”