A Look Back at FDR’s Fireside Chats #PublicRadioBroadcastingDay 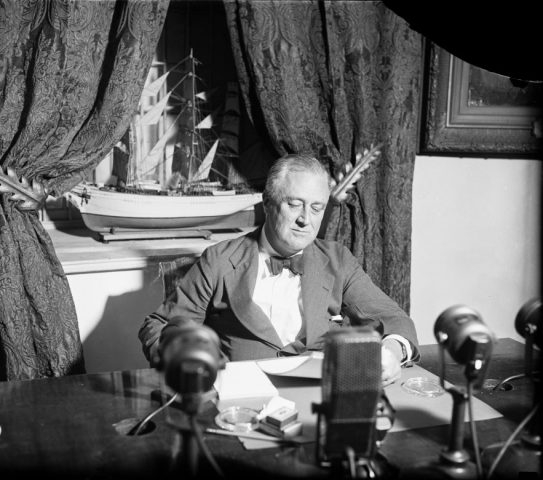 via The White House Historical Association

“The president wants to come into your home and sit at your fireside for a little fireside chat,” announced Robert Trout on the airwaves of CBS in March 1933. It was the first of President Franklin D. Roosevelt’s famous radio talks addressing the problems and successes of Great Depression, and later, World War II. President Roosevelt had not originally planned a title for these broadcasts, but the name “Fireside Chat,” coined by CBS station manager Harold Butcher in reference to the president’s conversational speaking style, stuck. Over Franklin D. Roosevelt’s twelve years in office, the Fireside Chats would connect the White House to ordinary American homes as never before.