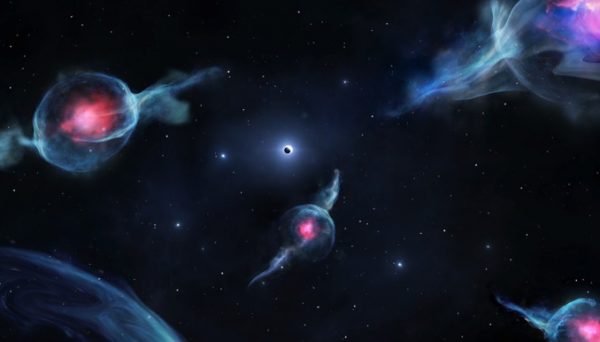 “These objects look like gas and behave like stars,” said Andrea Ghez, director of the UCLA Galactic Center Group and co-author of a paper published in the journal Nature. Ghez and her colleagues discovered the first object, later named G1, in 2005. A second object was identified by German astronomers in 2012 that made a close approach to the Sagittarius A* black hole in 2014.

“At the time of closest approach, G2 had a really strange signature,” Ghez said in a release. “We had seen it before, but it didn’t look too peculiar until it got close to the black hole and became elongated, and much of its gas was torn apart. It went from being a pretty innocuous object when it was far from the black hole to one that was really stretched out and distorted at its closest approach and lost its outer shell, and now it’s getting more compact again.”