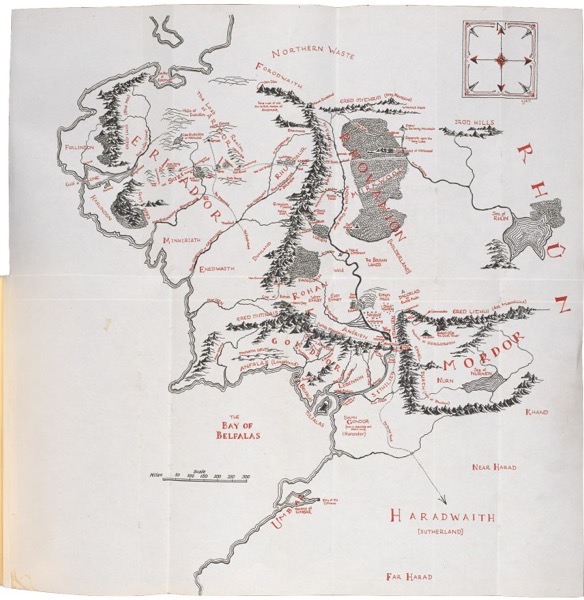 Lovely piece from Tor.com celebrating the life and work of Christopher Tolkien.

Christopher Tolkien died last week at the age of 95. The third of J.R.R. Tolkien’s four children, he was his father’s literary executor and the editor of his posthumous works. He whipped The Silmarillion into publishable shape (with the assistance of a young Canadian philosophy student named Guy Gavriel Kay, whom we would hear more from later) and edited volume after volume of his father’s early drafts and other fragmentary tales.

But before that, Christopher Tolkien was his father’s first reader—and his cartographer. And while his obituaries mention the fact that he drew the first published map of the west of Middle-earth, which appeared in the first edition of The Fellowship of the Ring in 1954, they do so in passing, the map overshadowed by his later editorial and curatorial work.