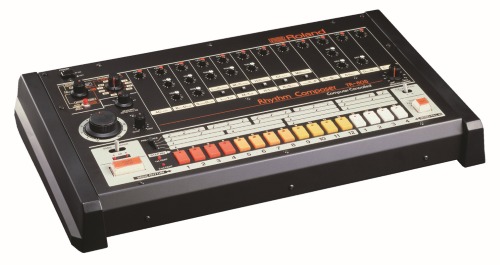 The TECnology Hall of Fame, presented by the NAMM Museum of Making Music, honors audio products and innovations that have made a significant contribution to the advancement of audio technology and production…. This year’s panel commented, “Roland’s TR-808 programmable drum machine became part of the foundation of music movements in hip-hop, rap and electronica. And although made in 1980 — almost 40 years ago — the once $1,200 TR-808 remains a highly-prized studio tool today, with working units valued in the $4,000 range.”

Widely considered one of the most popular drum machines of all time, the Roland TR-808 has contributed to the sounds of Marvin Gaye, Phil Collins, RUN DMC, Beastie Boys, LL Cool J, and Public Enemy. Routinely celebrated by lovers of culture, music and design, the term “808” has even started appearing in song lyrics and still gets name-checked to this day, as tracks (Timbaland’s 808), albums (Kanye’s 808s & Heartbreak) and even band names (808 State) were all coined under its influence.