A new guide in the Adafruit Learning System: BLE Synth with the Feather nRF52840 and Circuit Playground Bluefruit by Liz Clark.

One of those examples has a piano keyboard in the app and when the keys are pressed, they cause a tone to play from the Circuit Playground Bluefruit. I thought it would be cool to recreate this concept with hardware. 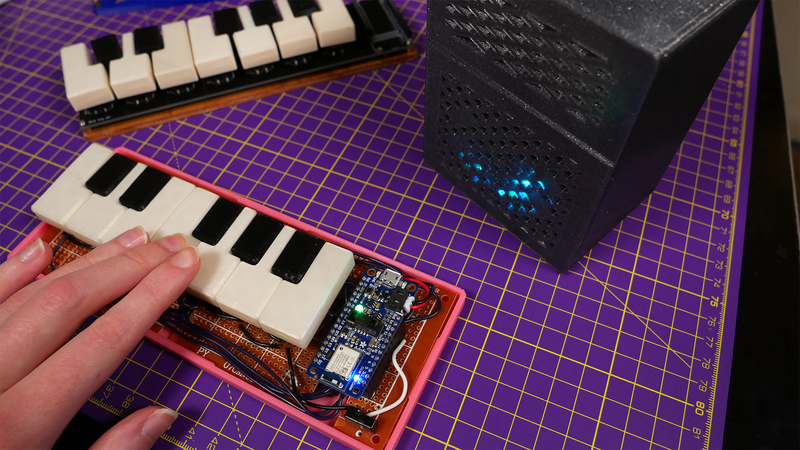