In 1821 Thomas Jennings became the first black man to recieve a patent in the United States. The Patent was filed for Dry-Scouring, a process for laundering clothes. Today we know it as Dry-Cleaning!

Beyond inventor, Jennings was a fascinating figure and abolishonist. 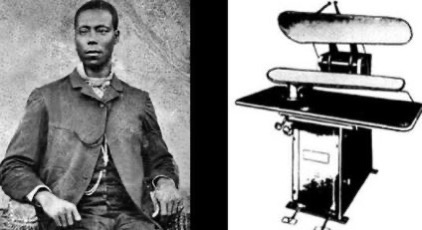 Jennings, of course, found that many of his customers were dismayed when their clothing became soiled, and because of the material used, were unable to use conventional means to clean them. Conventional methods would often ruin the fabric, leaving the person to either continue wearing the items in their soiled condition or to simply discard them. While this would have provided a boon to his business through increased sales, Jennings also hated to see the items, which he worked so hard to create, thrown away. He thus set out experimenting with different solutions and cleaning agents, testing them on various fabrics until he found the right combination to effectively treat and clean them. He called his method “dry-scouring” and it is the process that we now refer to as dry-cleaning.

What makes Jennings noteworthy is not just that he was an entrepreneur or that he received a patent, or even the fact that he became very wealthy. What is noteworthy is that he took a vast amount of the proceeds of his business and poured it into abolitionist activities throughout the Northeast. In fact, in 1831, he became the assistant secretary for the First Annual Convention of the People of Color in Philadelphia, Pennsylvania. He passed this sense of self-worth to his daughter Elizabeth, who was forced off of a public bus in New York City which she riding to go to church. Because of her father’s prominence and wealth, she was able to obtain the best legal representation and hired the law firm of Culver, Parker, and Arthur to sue the bus company and was represented in court by a young attorney named Chester Arthur, who would go on to become the 21st President of the United States. Ms. Jennings would ultimately win her case in front of the Brooklyn Circuit Court in 1855.

Read more at Black Inventor and at Black Detour