The National Association of Manufacturers and The Manufacturing Institute, the workforce and education partner of the NAM, today unveiled their “Creators Wanted” campaign, an unprecedented, nationwide effort to reshape America’s perception of manufacturing and confront the industry’s growing skills gap.

As part of the campaign, the NAM announced more than $14 million in initial sponsorships from manufacturing companies for the “Creators Wanted Fund,” which will support programs and activities in 2020 and beyond to engage and interact with kids and parents in communities nationwide and support important workforce programs to inspire and drive more Americans to pursue careers in modern manufacturing.

The “Creators Wanted” campaign will feature an on-the-ground, interactive mobile tour designed to inspire Americans in more than 20 states to pursue high-tech, high-paying jobs in modern manufacturing. In addition, the campaign will include a year-long nationwide digital campaign to recruit new talent to the industry and host a culminating Making America Festival in Cincinnati, Ohio, in September, featuring interactive exhibits, thought leadership forums and entertainment to showcase the future of modern manufacturing in America. 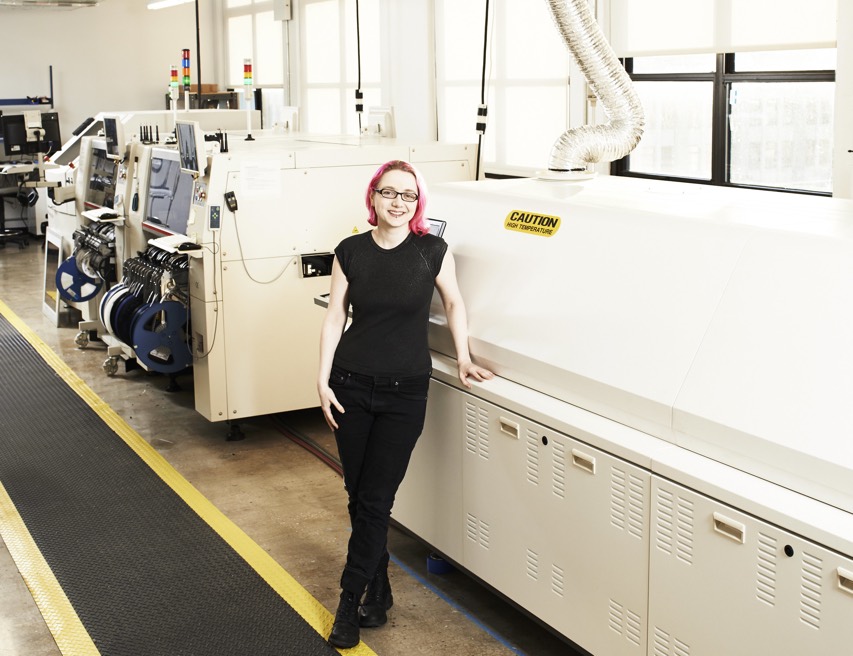 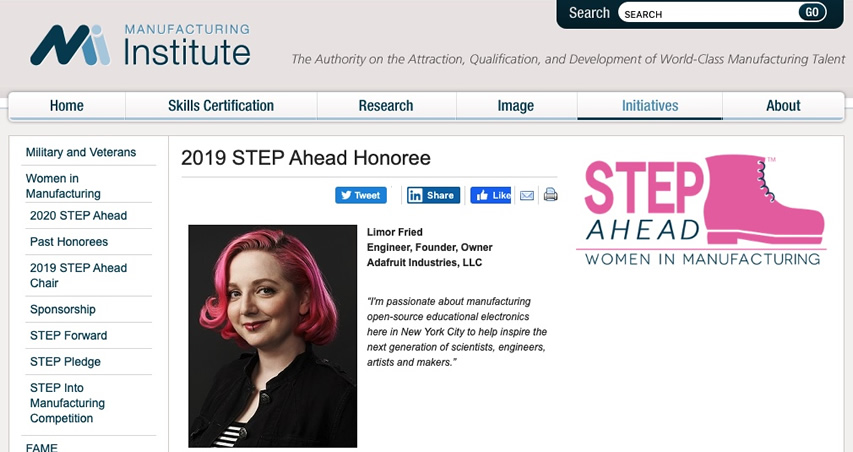 We’re going to email NAM and see if they want to visit Adafruit, a 100% woman-owned manufacturing company in NYC where we not only create electronics, we create careers in modern manufacturing. In 2019, National Association of Manufacturers (NAM) interviewed Limor, our founder and engineer. Limor also received a WOMEN IN MANUFACTURING STEP AHEAD honor from NAM last year.

However, it appears this effort is a political one, I expect the focus to be only on swing states.