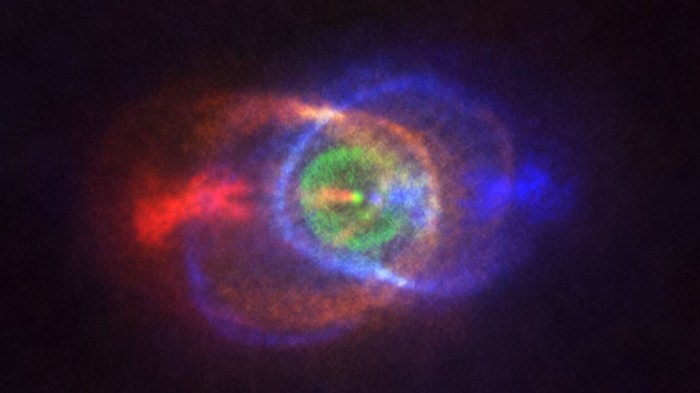 I guess you can call it… Star Wars.

Astronomers have observed the stunning fallout of a fight between two stars, which culminated in colorful stellar guts being spilled across space.

The new image, released by the European Southern Observatory (ESO) on Wednesday, captures the aftermath of a confrontation inside a binary star system called HD101584, located thousands of light years from Earth.

HD101584 contains a small dwarf star trapped in orbit around a larger star that has passed through its red giant phase, and is now essentially dead. Red giants are formed when middle-sized stars, such as the Sun, burn through their final reserves of hydrogen, which causes the star to expand and shed their outer gassy layers.