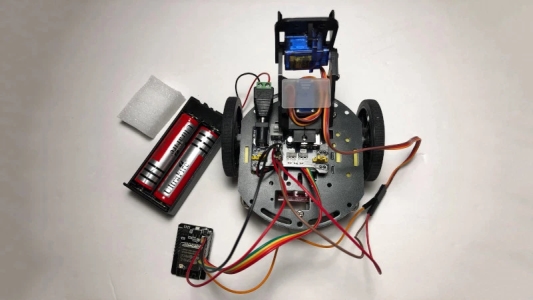 konsdor on Hackaday.io has designed and built a video surveillance robot powered by the ESP32-CA< microcontroller board. The robot may be controller by the operator over the internet as the board has WiFi networking built-in. Hackaday writes:

The ESP32-CAM is a device that allows one to stream live video images over a network using existing example code. In this case, it’s combined with an L298N DC motor driver which allows the Adafruit robot platform to be steered like a tank via its two wheels. A pair of SG90 servos then serve as a pan/tilt mechanism to further improve the robot’s field of view.

If you aimed to attempt this back in 2010, you’d have spent six months figuring out how to get a microcontroller to talk to a small camera module. Only then could you consider solving the multitude of other problems presented by getting the video feed off the bot to somewhere useful. These days, you can order a bunch of parts online and have it up and running in a couple hours.

Here are the parts – the robot chassis is the affordable Adafruit round chassis, part #3244, with DC motors included. See the project log on Hackaday.io. 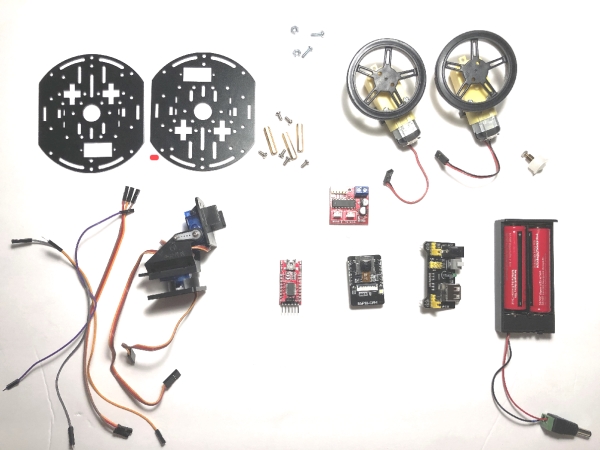 Here are some videos (one and two) of the robot in action: