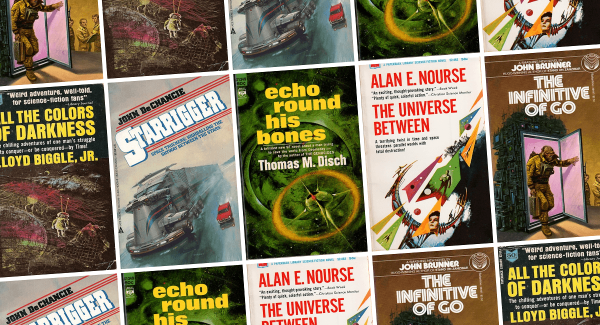 The best part about teleportation in sci-fi stories is obviously the drama it causes – great list from Tor.com.

ome hundred years ago, visionary hydroelectric pioneer Adam Beck proposed a grand scheme for electrically powered trains that would service the city of Berlin, now Kitchener, Ontario’s transit needs, as well as those of outlying communities. Such is the blinding speed at which modern society moves that scarcely a century later, something akin to a much-reduced version of Beck’s proposal became reality in the form of Waterloo Region’s Ion Light Rail System. For the most part the Ion is perfectly functional, some curiously patron-hostile stops aside, but an unexpected emergent property of the system very quickly became apparent: Kitchener-Waterloo drivers are terrible at noticing train-sized objects. You’d think a massive, whale-sized object bearing down on your car would draw attention … but apparently not. (As I type, the system celebrates its first two–collision day, within hours of each other and only blocks apart. Happily, no one involved in these car-vs-Ion accidents was seriously injured.)