What is Cyberpunk? #cyberpunk 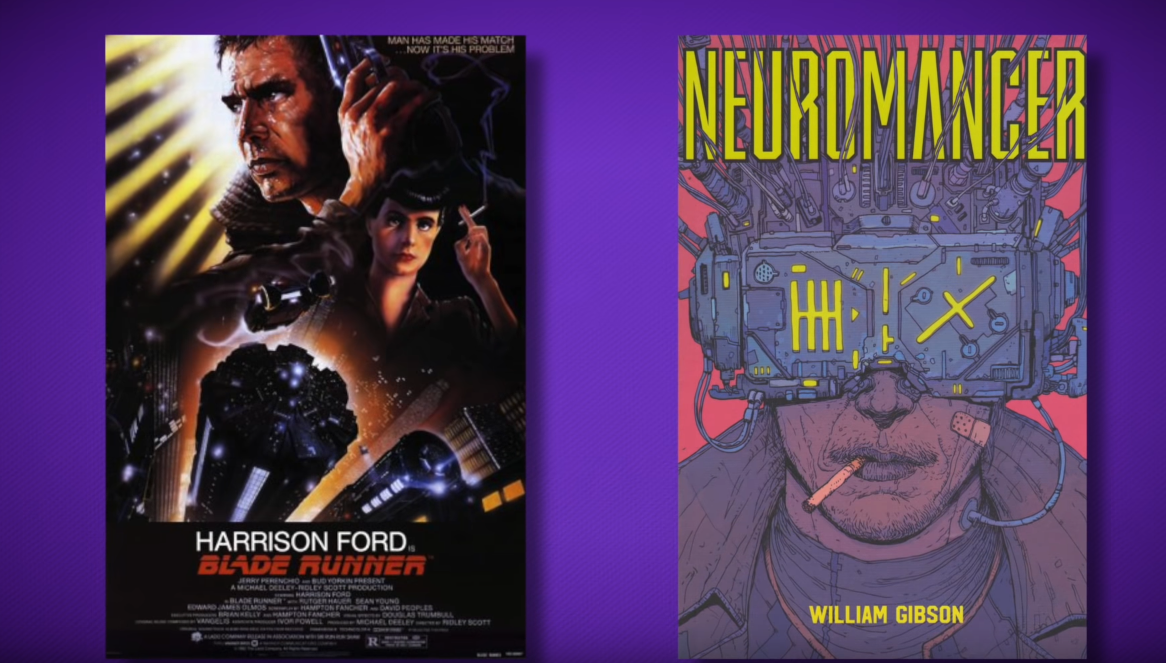 What is cyberpunk? Good question. Cyberpunk means different things to different people, often depending on what doorway one entered the genre through: sci-fi literature, movies, video or tabletop roleplaying games, hacker culture, or cosplay.

The word cyberpunk was first used to a identify a sci-fi literary genre of the mid-to-late 1980s and early 90s, books by authors like William Gibson, Bruce Sterling, Rudy Rucker, Pat Cadigan, Richard Kadrey, and Lew Shiner. The term originally came from a Bruce Bethke short story published in Amazing Stories in 1983. Bruce was looking for a way to describe a rebellious youth subculture in a high-tech near future, so he tried to think of a compound word that would convey both high-technology and nonconformity. Thus, cyberpunk.

After the publication of William Gibson’s groundbreaking novel, Neuromancer, in 1984, well-known sci-fi editor, Gardner Dozois, began using the term to refer to a growing body of near-future sci-fi that shared certain themes, stylistic similarities, and aesthetics.

So, what were some of these styles and themes? In 1992, I wrote a post on The Well BBS entitled “Is there a cyberpunk movement?” The post was an attempt at summarizing what cyberpunk was, both as a literary genre, and how its depictions of near-future worlds were imploding onto the present of early 90s high-tech nerd culture (hackers, gamers, industrial/electronic music, tech artists, and cyberpunk zine publishers).

Apparently, the post struck a nerve as it quickly spread beyond the confines of The Well, was dubbed a “cyberpunk manifesto,” and ended up in the pages of Mondo 2000 magazine, Rudy Rucker and Mondo 2000’s book The User’s Guide to the New Edge, and as lyrics on Billy Idol’s 1993 record, Cyberpunk (but those are all stories to be told here later in the series).

The text of my post is a little dated, but here’s the gist of what I was trying to encapsulate:

* In a cyberpunk world, global megacorporations are more powerful than governments.
* Individual hackers and “high-tech low lifes” can wield disproportionate amounts of power within cyberspace and beyond.
* The new “stage” for the human drama has shifted from the “real world” to a virtual one, one inside our networks and our minds. The new frontiers for human society–technology, art, culture, and warfare– have moved into cyberspace.
* The “street finds its own uses for things” (Gibson). In a tech-saturated world, high-technology becomes folk technology, is present at every level of society and culture, and ends up being used in ways its creators never could have foreseen.
* We are all becoming cyborgs. Our technology daily grows smaller and smaller, ever closer to our person, and soon it will disappear inside of us.
* “The future is already here, it’s just not evenly distributed yet” (Gibson) — how rapidly stratifying economic and class divisions are creating a post-human world where the survival advantages of high-technology and bleeding edge science are only available to the rich and powerful.
* The world is splintering into a trillion subcultures with their own beliefs, languages, and lifestyles.

In the early 1990s, this was all considered “15 minutes into the future” (as Max Headroom put it), but as you can see, this chillingly describes a lot of the world we’re living inside of now. Which brings us to another hallmark of cyberpunk: dystopianism — dark and broken worlds where individuals and small tribes of like-minded rebels and “blanks” eek out an existence below the radar of reigning corporate authoritarianism.

In this series on Adafruit we’ll be exploring the history and import of cyberpunk. We’ll be surfing the cyberpunk timeline, from its origins in the mid-80s up to the present. We’ll look at the literature, the art, and the media of cyberpunk, the cultures that it helped spawn, how it has impacted real-world technology, hacker and maker culture, and what it got right and what it got wrong in its “speculative fiction” imaginings.

To give you more of an overview, here is a 15-minute mini-doc which paints a decent thumbnail picture of the genre, from then to now, starting with 1982’s groundbreaking film, Blade Runner.