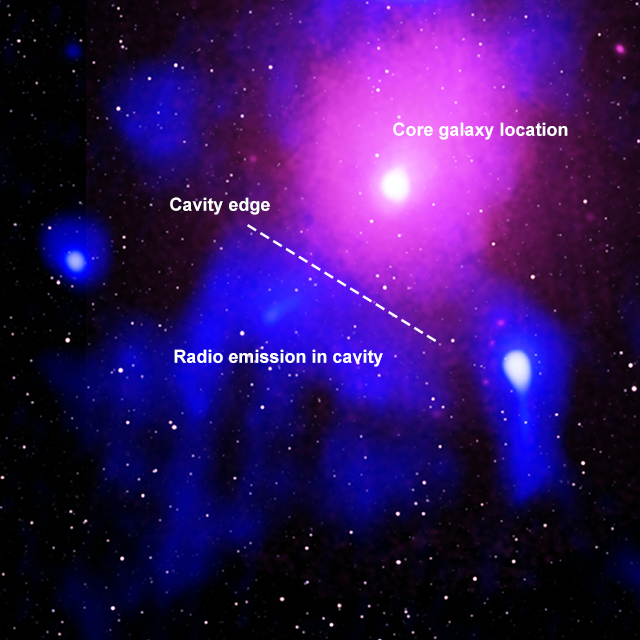 Did researchers just discover Big Bang Jr? The article Discovery of a Giant Radio Fossil in the Ophiuchus Galaxy Cluster from the Astrophysical Journal finds remnants of a large bang.

Scientists have detected evidence of a colossal explosion in space – five times bigger than anything observed before.
The huge release of energy is thought to have emanated from a supermassive black hole some 390 million light years from Earth.

“The best I can do is tell you that if this explosion continued to occur over the 240 million years of the outburst – which it probably didn’t, but anyway – it’d be like setting off 20 billion, billion megaton TNT explosions every thousandth of a second for the entire 240 million years. So that’s incomprehensibly big. Huge.”