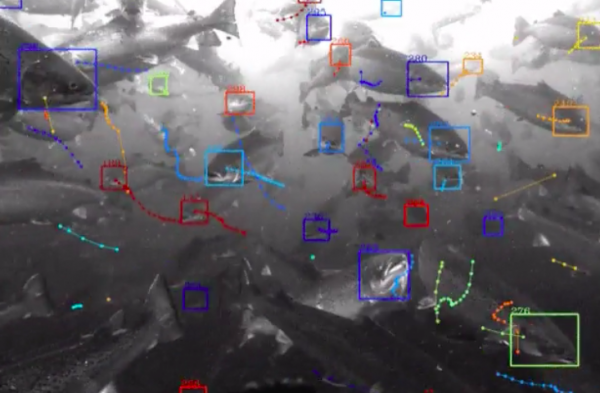 Once of the greatest places in New York City is the Hall of Ocean Life. There’s a blue whale suspended from the ceiling, all sorts of dioramas of various scenes of sea life, and it’s dark. Really dark. The corner with the sperm whale versus giant squid diorama is particularly dark. Why is it dark? Because the oceans of our planet are vast, mysterious, and we do not know everything tha goes on there. That’s an issue for food supply, oxygen supply, all manner of endangered creatures, and all of us.

Alphabet’s Moonshot project Tidal, announced today, is an effort to gain more information about just what’s going on betneath the waves.  More from The Verge:

”Humanity is pushing the ocean past its breaking point, but we can’t protect what we don’t understand,” writes Tidal General Manager Neil Davé in a blog post announcing the moonshot.

To achieve its early goal, Tidal has developed an underwater camera system coupled with computer vision and other AI techniques to track and monitor thousands of individual fish as they develop. The electrical components had to be developed to withstand the extreme cold and crushing pressures of the ocean’s unforgiving salt water environment. The system can also interpret behaviors not visible to farmers.