Amazing Poster Art from the Golden Age of Magic 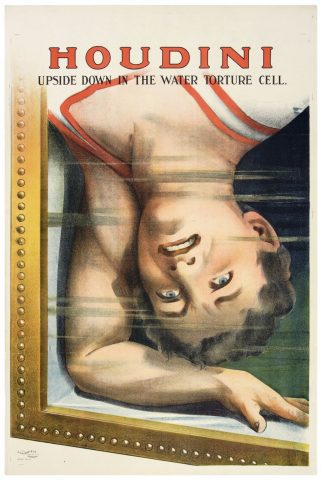 Posters from vaudeville and magic shows do a great job of capturing your attention.

A selection of Kellar’s ads are among 58 historic magic posters on display at “Illusions: The Art of Magic,” a new exhibition at Toronto’s Art Gallery of Ontario. The show explores the fantastic feats and sensational showmanship of performers during magic’s “Golden Age”—a period that spanned roughly from the 1880s to the 1930s and saw magicians soar to unprecedented heights of international celebrity. Colorful and alluring, the posters are rife with headless figures, floating cards, crystal balls and big promises. “The greatest sensational mystery ever attempted in this or any other age!” declares an ad for Houdini’s Chinese water torture cell act. “The wonder show of the universe!” cries a poster flaunting a performance by Howard Thurston, who could seemingly make a car vanish into thin air.