The Mysterious Origins of Mastermind, the Classic Code-Breaking Game 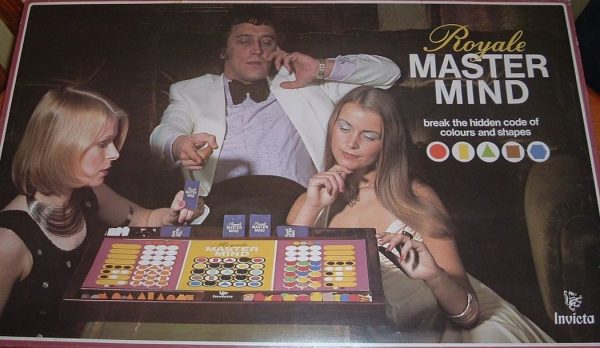 There are board games and there are board games. Nowadays breakthrough board games often involve narratives or pre-existing IPs or wildly involved rules. Classic games are often different, and the legendary Mastermind is more different than most. The whole games is based on codebreaking, and its origins are even weirder than its classic Bond-esque cover. Here’s more from Waypoint:

If you only know Mastermind as a well-worn and underplayed fixture of living room closets and nursing home common areas, you may have no idea just how big this thing was in its early years. Invented in 1970, Mastermind would sell 30 million copies before that decade was up, and boast a national championship at the Playboy Club, a fan in Muhammed Ali, official use by the Australian military for training, and 80% ownership amongst the population of Denmark. “I never thought a game would be invented again,” marvelled the manager of a Missouri toy store in 1977. “A real classic like Monopoly.”

Mastermind is itself a costume for an older and frankly more mysterious game. Most people don’t even know its real name. It might be known as “Bulls and Cows” if you go searching for it, but most people who learned the game as children don’t remember the name they called it. There’s no record of why it’s called that or how old the thing is. It could have been invented by a T-Rex. And I think to properly understand Mastermind requires understanding Bulls and Cows—they are, after all, basically the same—so I’ve gone back as far as possible to solve this mystery.

Comments Off on The Mysterious Origins of Mastermind, the Classic Code-Breaking Game