What made the 1960s CDC6600 supercomputer so fast? #VintageComputing 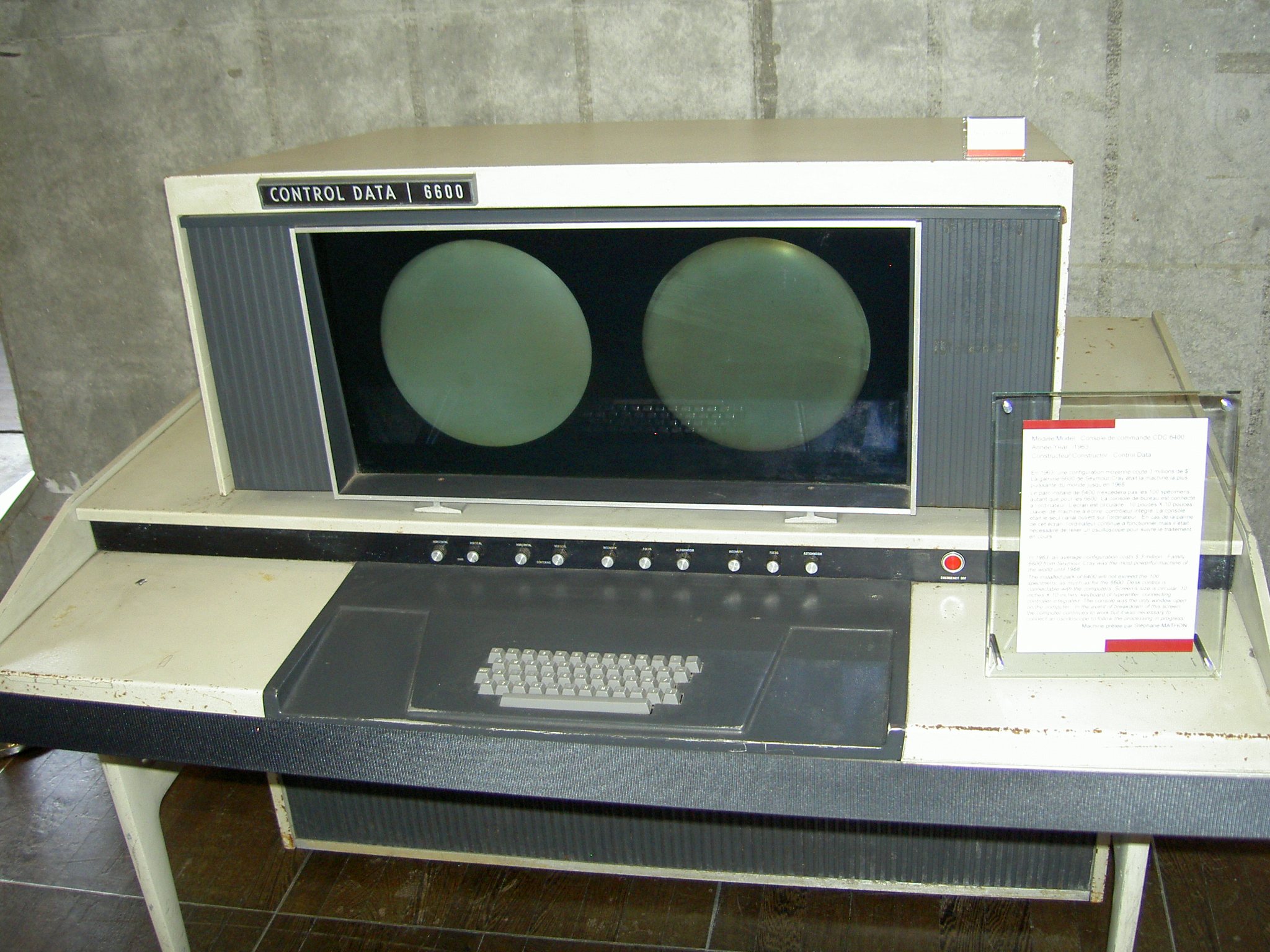 Tim’s blog details the Control Data Corp. CDC6600 supercomputer, the machine that put Seymour Cray on the map as a supercomputer architect. The world’s fastest computer from 1964 to 1969,…

…the CDC6600 was impressive for its clock speed of 10 MHz. This may not sound much, but consider that this was a physically very large machine entirely built from discrete resistors and transistors in the early 1960s. Not a single integrated circuit was involved. For comparison, the PDP-8, released in 1965 and also based on discrete logic, had a clock speed of 1.5 MHz. The first IBM PC, released 20 years later, was clocked at less than half the speed of the CDC6600 despite being based on integrated circuits. The high clockrate is even more impressive when comparing it to more recent (hobbyist) attempts to design CPUs with discrete components such as the MT15, the Megaprocessor or the Monster6502. Although these are comparatively small designs based on modern components, none of them get to even a tenth of the CDC6600 clock speed.

How did the 6600 achieve such speeds with discrete components? The logic circuitry of the CDC6600 is based on resistor-transistor-logic (RTL).

Every module in the CDC6600 is constructed from a multitude of basic inverters with a single transistor each. This does also include latches and registers, which are fully static. There are no stacked transistors, no floating nodes, no diode logic, no pulse latches or other specialties.

The transistor in question is the 2N709 and was developed by Jean Hoerni at Fairchild.

Looking to replicate such fast logic?

Curiously there do not seem to be many fast bipolar switching transistors around anymore. The 2N709 is, of course, long out of production. Some old reference tables list the AF66, BSX19, BSY18 and the 2N2369 as replacements. All of these are out of production as well, however the 2N2369 lives on as an SMD version in form of the PMBT2369 (Nexperia) or MMBT2369 (Onsemi).

Tim goes into detail about looking to replicate the speed with the modern PMBT2369 transistor.

This but touches on the detail in the article, great reading.

Comments Off on What made the 1960s CDC6600 supercomputer so fast? #VintageComputing