A History of the Trampoline 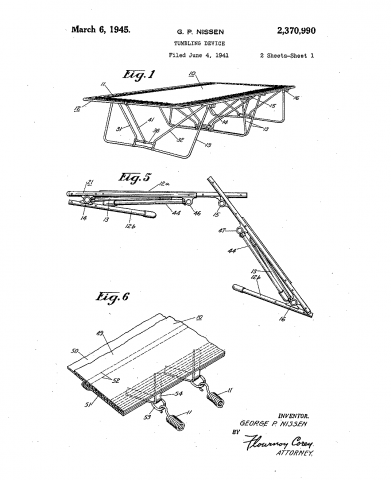 It would take a number of years and a few failed prototypes, but Nissen finally found success. His invention, which he labeled a “tumbling device,” was granted a patent 75 years ago on March 6, 1945. He later received a registered trademark for “Trampoline,” which came from el trampolín, the Spanish word for “diving board.”

Nissen would go on to receive 44 patents, many of them related to his tumbling device, and helped create the gymnastic sport of trampolining, which combines acrobatics with bouncing. He lived long enough to see it become an Olympic event at the 2000 Games in Sydney and got to test the trampoline at the Beijing Games in 2008. Trampolining has become immensely popular with nearly $400 million in sales for backyard setups and at indoor parks around the country.

Comments Off on A History of the Trampoline