Today we celebrate Helen Hamilton Gardener, an American author, political activist, and government functionary, remembered today for her role in the women’s suffrage movement and for her place as a pioneer in the top echelon of the American civil service. 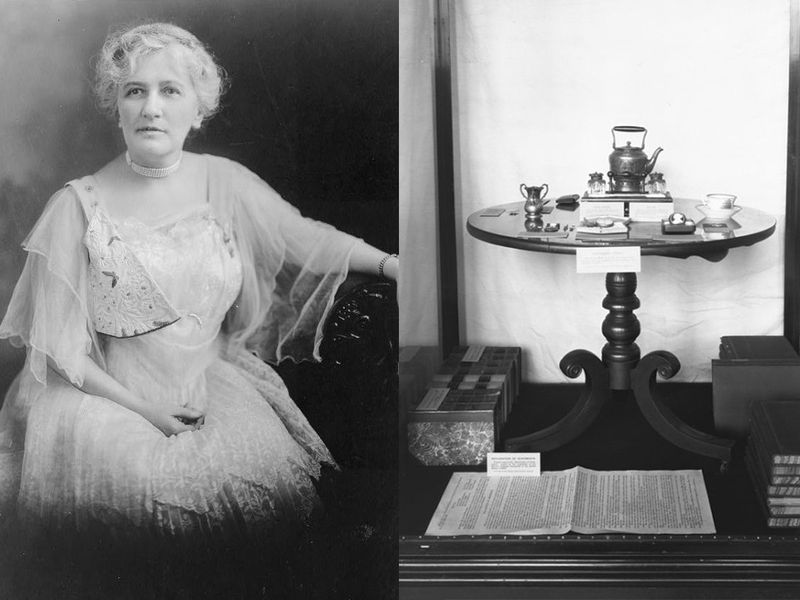 Helena Hamilton Gardener hadn’t begun the century as the high-ranking member of the National American Woman Suffrage Association (NAWSA) she’d become by 1919. Rather, she had made a name for herself as a writer, lecturer and “freethinker” who crusaded for divorce reform and raising the age of sexual consent for girls. (In 1890, it was 12 or younger in 38 states.) Her iconoclastic career was rooted in personal experience: Born Mary Alice Chenoweth, at the age of 23 she’d been pilloried in Ohio newspapers for having an affair with a married man. Rather than retreat in shame, she changed her name, moved to New York City and spent the rest of her life challenging the sexual double standard.

While close friends with leading suffragist Elizabeth Cady Stanton, Gardener didn’t initially join NAWSA because she objected to the group’s use of religious arguments and alliance with the Woman’s Christian Temperance Union. But by 1910, the organization’s message had shifted, and Gardener quickly became NAWSA’s “most efficient volunteer worker in Washington” and their “diplomatic corps,” organizing marches, delivering congressional testimony, and lobbying members of Congress and President Woodrow Wilson behind-the-scenes.