Zheng Churan is a writer and a feminist, LGBTQIA+ and human rights activist. 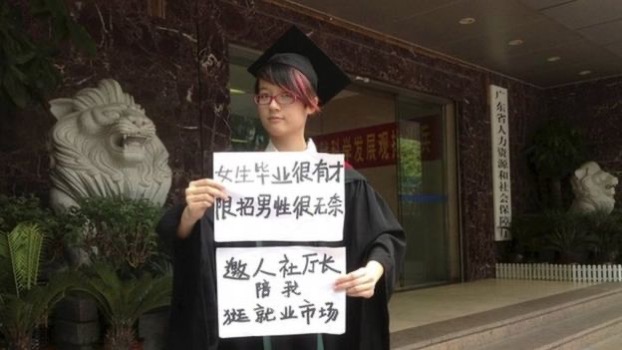 Zheng was one of five women detained by police in 2015 for handing out stickers against the sexual harassment of women on subways and buses. The official charge was for “picking quarrels and provoking trouble,” a crime punishable by three years in prison. As writer and journalist Leta Hong Fincher notes in her book Betraying Big Brother, the five women — Zheng, Wu Rongrong, Wei Tingting, Wang Man, and Li Maizi — were virtually unknown at the time of their arrest. But the timing of their detention — just before International Women’s Day and as Chinese President Xi Jinping was about to cohost a summit on women’s rights in New York — turned their arrest into an international scandal, making them famous as the “Feminist Five.” Zheng and the four other women were released the following month after 37 days in detention.