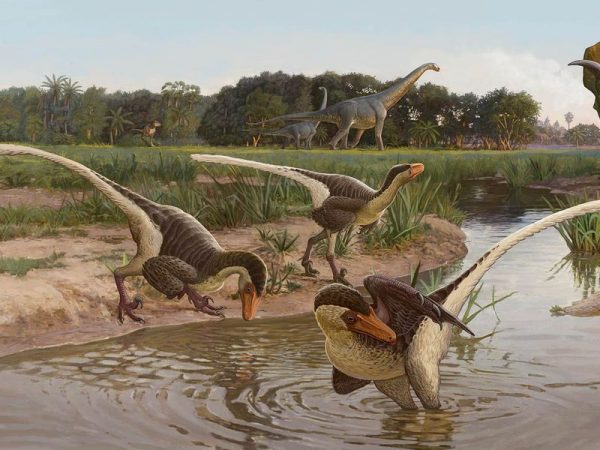 Although this little Dino doesn’t look like it would harm anything other than some trees, it was dangerous.

Steven Jasinski, a paleontologist at the State Museum of Pennsylvania and lead author of the study in Scientific Reports, says Dineobellator is a new species from the Late Cretaceous (70-68 million years ago) that belongs to dromaeosaurid, a group of clawed predators closely related to birds. These rare fossils have features that suggest raptors were still trying out new ways to compete even during the dinosaurs’ last stand—the era just before the extinction event that wiped them out 66 million years ago. “This group was still evolving, testing out new evolutionary pathways, right at the very end before we lost them,” Jasinski notes.