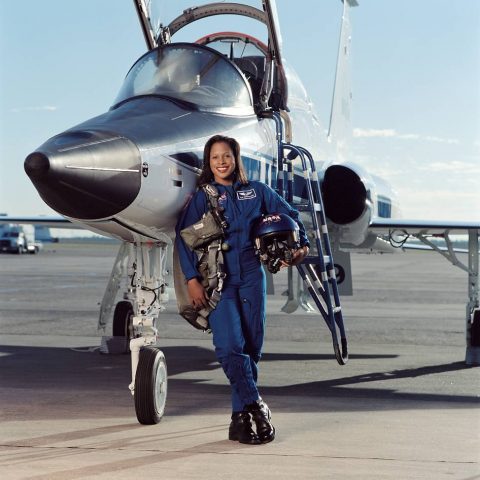 For International Day of Human Space Flight, we celebrate astronaut Joan E. Higginbotham. Born and raised in Chicago, she received a Bachelor of Science in electrical engineering from Southern Illinois University and a master’s in management from Florida Instutue of Technology. Higginbotham flew on STS-116 in 2006.

Prior to her flight in 2006, NASA conducted a preflight interview with Higginbotham about her life and career.

My career plan originally did not include becoming an astronaut. What I had envisioned for myself was to get a degree, my electrical engineering degree, going on to work for IBM. It seemed like a natural fit at the time because I had interned with them for two years in college; they were a good company; and they thought I was a good employee. However, at the time I was graduating from college, they had a hiring freeze on engineers. So they offered me a position as a sales associate and would move me over to engineering once that hiring freeze came off. In the interim someone from NASA called me and had gotten a hold of my résumé and thought I’d be a real good fit in two positions that he had in his directorate. I opted to go with NASA, and about eight years into my career, after some cajoling from my then boss, I applied for the astronaut corps.

Read the rest of the interview here.