John Horton Conway, who recently passed away, was a cross between Archimedes, Mick Jagger and Salvador Dalí. For many years, he worried that his obsession with playing silly games was ruining his career – until he realised that it could lead to extraordinary discoveries.

He could recite pi from memory to 1,111+ digits; with calculating, nearly instantaneously, the day of the week for any given date using what he called his “Doomsday” algorithm. He invented many peculiar algorithms—for counting stairs while you climb without actually counting, and for how best to read through a stack of double-sided loose-leaf pages. 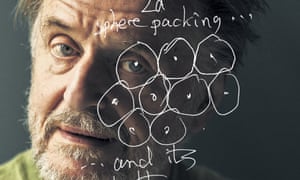 And he had been known to carry decks of cards, dice, ropes, pennies, coat hangers, sometimes a Slinky, maybe a miniature toy bicycle, all props he’d deploys both for explaining ideas and for his own amusement.

The IT, tech, and Maker communities may best remember Conway for a computer simulation created in 1970, ported to thousands of different computers over the last few decades: Conway’s Game of Life.

The Game of Life is a cellular automaton that retains cult status. It is not a game proper; Conway called it a “no-player never-ending” game. It is played on a grid, like tic-tac-toe and, according to three simple rules of Conway’s devising, the cells placed on the grid proliferate, resembling skittering micro-organisms viewed under a microscope.

A cellular automaton is in essence a little machine with groups of cells that evolve from iteration to iteration in discrete rather than continuous time – in seconds, say, each tick of the clock advances the next iteration, and then over time, behaving a bit like a transformer or a shape-shifter, the cells evolve into something, anything, everything else. As such, the Game of Life demonstrates how simplicity generates complexity, providing an analogy for all of mathematics, and the entire universe.

The game/simulation has thrilled thousands of people and it is a staple of demonstrating a computing system. Adafruit sold a Game of Life LED kit years ago and the game has been ported to untold microcontroller projects with lights and displays.

Here is a list of Adafruit Blog articles discussing Conway’s Game of Life over the years.

Feel free to post your thoughts on Conway and the Game of Life in the comments below.

Comments Off on John Horton Conway: his life and the Game of Life #Gaming #covid19 @hackaday @guardian