Did You Know That “Blade Runner” is Named After a Novel That It Has Nothing to Do With? #cyberpunk 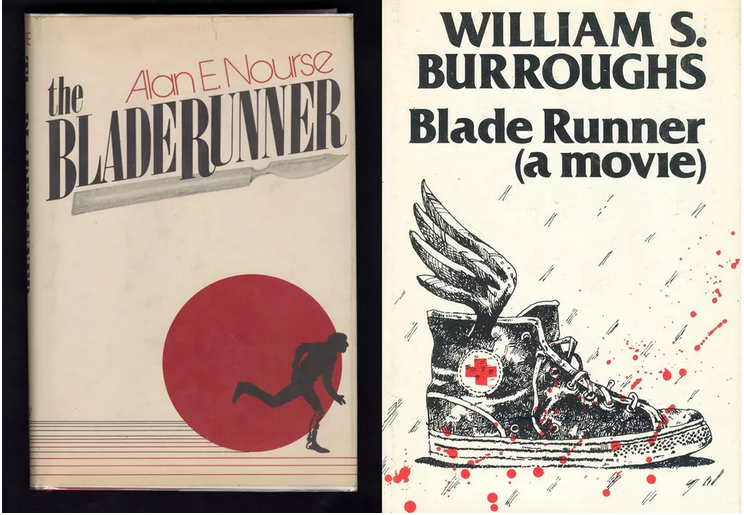 Last week, I covered a 20-minute movie cut-up of Blade Runner. In that piece, I mentioned the fact that Blade Runner got its name from a novel that bears no real relationship to the theme of the film. It’s an interesting and convoluted story.

As most people are likely aware, the main source of inspiration for Ridley Scott’s Blade Runner was Philip K. Dick’s 1968 novel, Do Androids Dream of Electric Sheep? While the movie took great liberties with the source material, the film does follow most of the primary plot of the book.

I have no idea why the film didn’t use the name of the novel, but early titles for the film included Android and Dangerous Days. At one point during re-writes of Hampton Fancher’s script, Ridley Scott saw a passing reference to a “blade runner” and loved it. Fancher admitted to Scott that he’d cribbed the term from a William Burroughs’ novella, oddly enough entitled Blade Runner: A Movie. Eventually, Scott would secure the rights to use the title for his film.

But the story doesn’t end there. Turns out, Burroughs hadn’t dreamed up the term either. The term bladerunner was first used in a 1974 novel by Alan Nourse. A medical dystopia, it tells the story of a near-future (2009) world where eugenics are practiced. Anyone who gets sick and goes to the hospital is subjected to forced sterilization (to keep the human breeding stock as healthy as possible). In this dystopian world, an underground illegal health system emerges and bladerunners are the “dealers” that keep the system supplied with meds and medical equipment. William Burroughs was intrigued by the ideas in Bladerunner and licensed the rights to make a film. The film never came to light, but Burroughs ended up writing his own novella, Blade Runner: The Movie, using Nourse’s work as his source material.

And the story doesn’t even end there! While the name Blade Runner was used for the film, the Alan Nourse/William Burroughs source material would end inspiring a 1983 avant-garde film, Taking Tiger Mountain, written and directed by Tom Huckabee.

Verge has an excellent piece which goes into far more detail about the circuitous path this title took on its way to the big screen and into cyberpunk history. As they summarize:

[Blade Runner is] a movie based on a book but named after a completely unrelated film treatment of yet another book, which was itself published as a third book with the subtitle “A Movie.” In case that’s not confusing enough, the latest reissue of Do Androids Dream of Electric Sheep? is also titled Blade Runner. And we won’t even get into the three Blade Runner sequel books by K.W. Jeter.

Comments Off on Did You Know That “Blade Runner” is Named After a Novel That It Has Nothing to Do With? #cyberpunk