Do We Live in a Lopsided Universe? 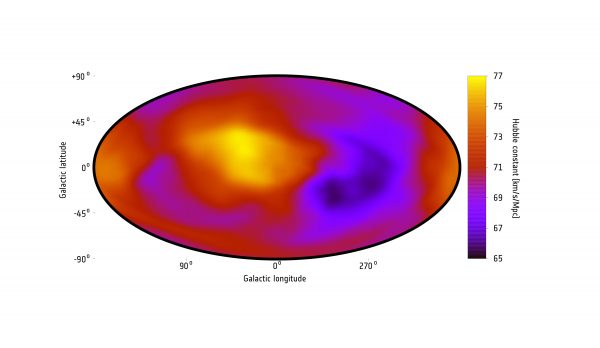 What if everything isn’t as circular as it seems?

According to the key tenets of modern physics, the cosmos is “isotropic” at multi-billion-light-year scales—meaning it should have the same look and behavior in every direction. Ever since the big bang nearly 14 billion years ago, the universe ought to have expanded identically everywhere. And that expectation matches what astronomers see when they observe the smooth uniformity of the big bang’s all-sky afterglow: the cosmic microwave background (CMB). Now, however, an x-ray survey of distances to galaxy clusters across the heavens suggests some are significantly closer or farther away than isotropy would predict. This finding could be a sign that the universe is actually “anisotropic”—expanding faster in some regions than it does in others. With apologies to anyone seeking a cosmic excuse for personal woes, maybe the universe is not so directionless after all.

Comments Off on Do We Live in a Lopsided Universe?