Scientists Thought They Discovered a New Planet, Then It Disappeared 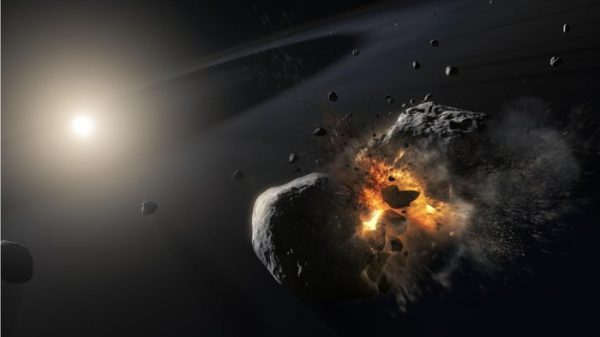 Remember when Pluto was downgraded from planet to dwarf planet? Well it doesn’t compare.

This MOTHERBOARD article will have you scratching your head.

More than a decade ago, the Hubble Space Telescope spotted a Jupiter-scale planet orbiting Fomalhaut, a star about 25 light years away from our solar system. The discovery marked the first time that an exoplanet, a world that orbits another star system, had ever been directly detected in visible light wavelengths, as opposed to the typical “transit” method that scans for a dip in light as a planet passes in front of its star.

But when András Gáspár, an assistant astronomer at the University of Arizona’s Steward Observatory, examined more recent images of the star system, captured by Hubble in 2013 and 2014, he was astonished to find that the exoplanet, known as Fomalhaut b, had vanished.

Comments Off on Scientists Thought They Discovered a New Planet, Then It Disappeared