The Contemporary Culture Lab (C-LAB) in Taipei launched a series of DIY anti-virus workshops for all ages on April 12th, the first of which focused on transforming a micro:bit micro-computer into an infrared thermometer. Via Makery:

Organized by C-LAB’s Clusters for Experimental Technology Media (CETM), this first workshop was attended by some 20 participants, children and adults, in the former military building that now serves as C-LAB’s experimental open space. Makers Andrew Lin and Tsai Chi-Hung guided the young participants in programming and transforming the micro-computers into thermometers by adding infrared sensors. They then made cardboard cases to contain the components as they held the thermometers to their foreheads. 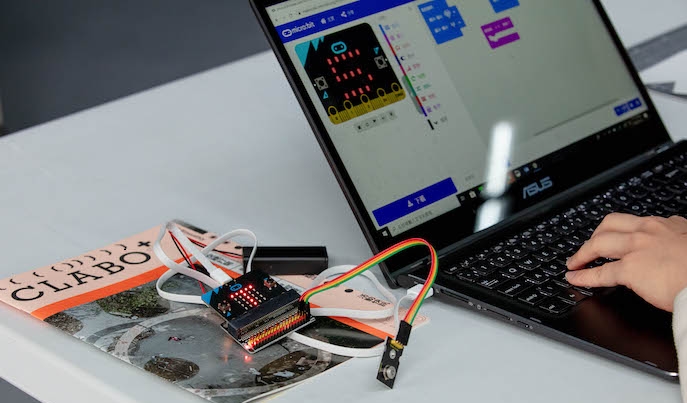 It appears the project is being coded in Microsoft MakeCode for micro:bit.

All the documentation is available (in Chinese) on GitHub. More information is on C-LAB.

The second workshop in the anti-virus series will focus on making a UV light box to disinfect objects with ultraviolet rays.