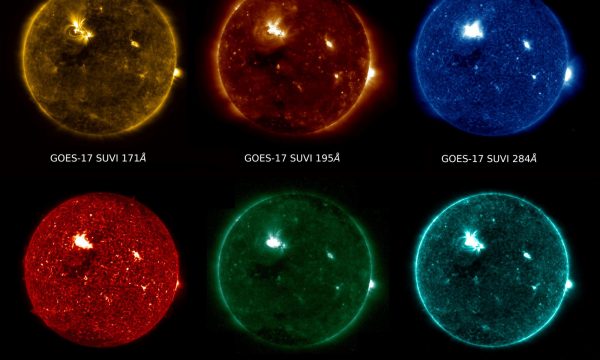 The sun is taking a break right now as well. “Right now” for a star means millions of years, of course. According to available data, the our sun is either less active than other stars of its size, or, maybe, taking a bit of a break. More from Universe Now:

We have observed massive solar flares, such as the 1859 Carrington event, which produced northern lights as far south as the Caribbean, and drove electrical currents in telegraph lines. If such a flare occurred in Earth’s direction today, it would devastate our electrical infrastructure. But fortunately for us, the Sun is mostly calm. Unusually calm when compared to other stars…. Astronomers have only recently studied the activity of the Sun. The oldest study, undertaken since the 1600s, follows counts the number of spots seen on the Sun’s surface. It has shown us that the Sun goes through cycles of active and quiet periods. A four-century study is long in human terms, but is barely a moment of cosmic time.

Comments Off on Sun Less active Magnetically Than Similar Stars