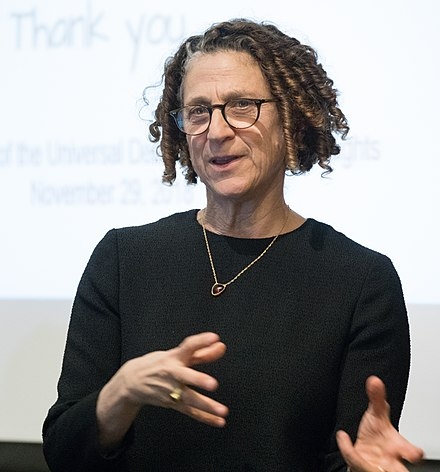 The 2020 Donald E. Knuth Prize will be awarded to Cynthia Dwork of Harvard University for fundamental
and lasting contributions to computer science. Dwork is one of the most influential theoretical computer
scientists of her generation. From SigAct:

Her research has transformed several fields, most notably distributed systems, cryptography, and data privacy, and her current work promises to add fairness in algorithmic decision making to the list. She is widely known for the introduction and development of differential privacy, and for her work on nonmalleability, lattice-based encryption, concurrent composition, and proofs of work. She also did foundational work in many other areas including in distributed systems with her work on consensus, and in algorithmic fairness with her work on the formalization of the ”treat like alike” principle.

A striking feature of Dwork’s work is her willingness and ability to tackle big, important problems. Two
examples stand out: her work on cryptography in a network environment, and her work on privacy.