How to Grow Vegetables on Mars 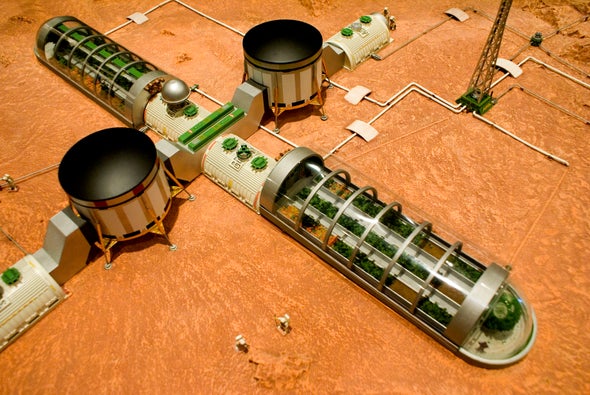 Astrobiology students from Villanova are working on the the Mars Garden Project, investigating what horticulture might be like on the red planet.

Plants grown in potting mix under the same environmental conditions served as “controls,” and the simulant regolith (soil) is based to a large extent on volcanic rock from the Mojave Desert. MSS, which tends to be denser, is available online and comes from NASA’s chemical analysis of Martian samples. However, the actual regolith on Mars contains perchlorates that are dangerous to humans. So, once on Mars, this hazardous chemical will have to be removed before the actual soil is used. Also, the sunlight on Mars is weaker, which affects growing conditions. So, the Villanova students took all the right steps to replicate Martian greenhouse conditions, and accounted for as many variables as possible—all with the goal of answering the question: Can plants be grown on Mars in Martian soil under reduced ambient light?

Comments Off on How to Grow Vegetables on Mars