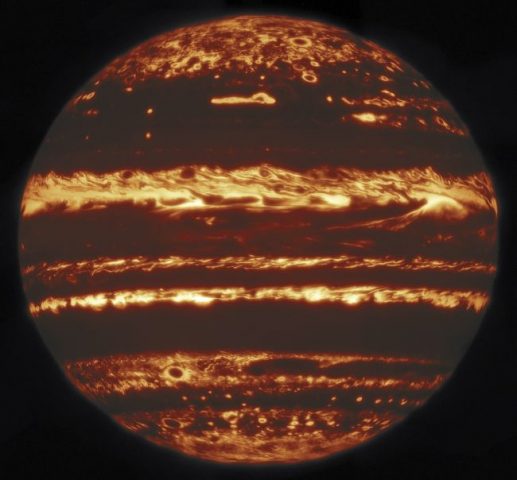 It’s always dark and stormy on Jupiter — and now, scientists have gotten their most detailed view of the wild storms that swirl through the gas giant’s atmosphere.

Those observations are thanks to a very powerful partnership that stretches from Earth’s surface to Jupiter itself. Start with NASA’s Juno probe, which has been orbiting Jupiter since 2016, then recruit NASA’s Hubble Space Telescope, which has checked in on the solar system’s largest planet throughout its three decades of operation. Finally, add in the Gemini Observatory in Hawaii to support the observations from Earth.