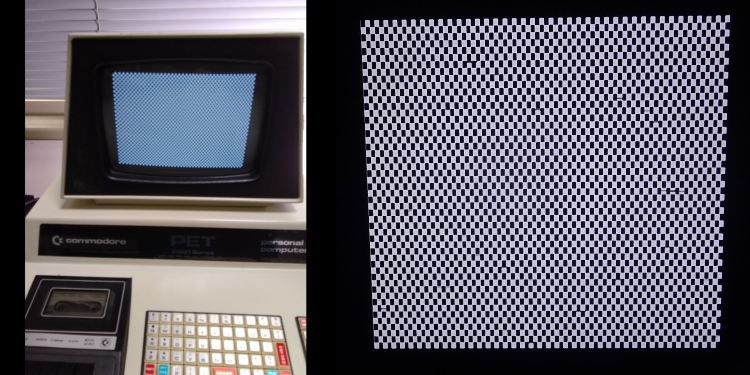 A tricky debugging of a Commodore PET computer displaying a checkerboard and one odd character on the screen.

When you have a problem with an early Commodore PET, you often see a screen full of random characters. Less frequency, like this one, you get a screen with a checkboard pattern. This is made up from character 255, which is four squares, two black and two white, something like a slice of goth battenberg. That is caused when the video RAM is not reading correctly, and the data lines all read as 1.

That can be caused by the RAM chips, the latches that read out of them, or the enable lines that control all of the above. This board had one of my PET ROM/RAM boards fitted, but that hasn’t fixed the issue, so it had been sent it for repair.

In this case, the problem with the screen was not the main issue, everything was running hot, and the current draw was about 3.2A (this photo was taken a bit later when the initial problem has been resolved).

The 6540 ROM and 6550 RAM chips often run hot (as they have lots of issues with failing enable lines and bus contention), but the CPU and IO chips were also warm, so something was a bit wrong.

See how the system was traced and the faulty components found on the Tynemouth Software Blog. 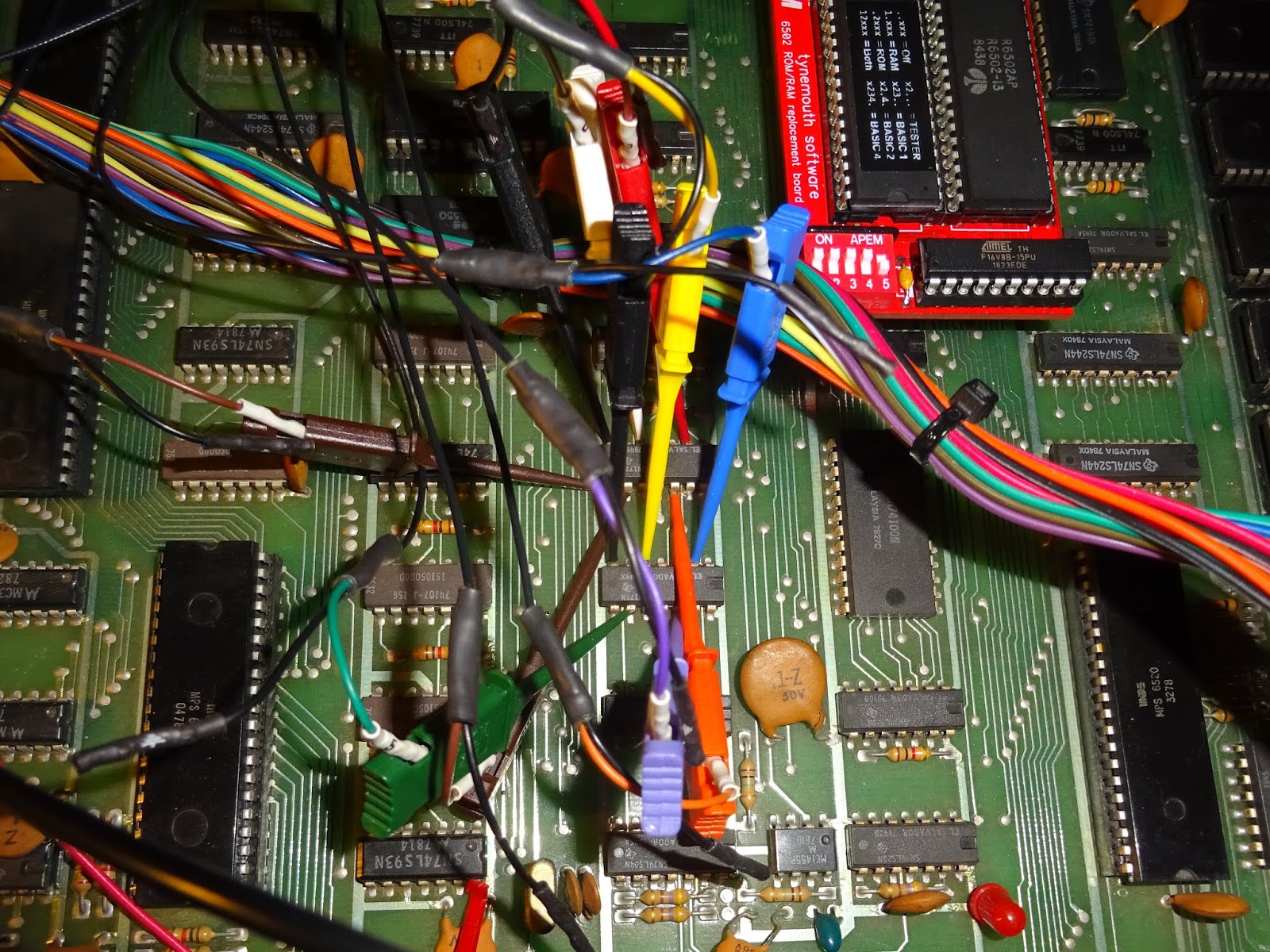