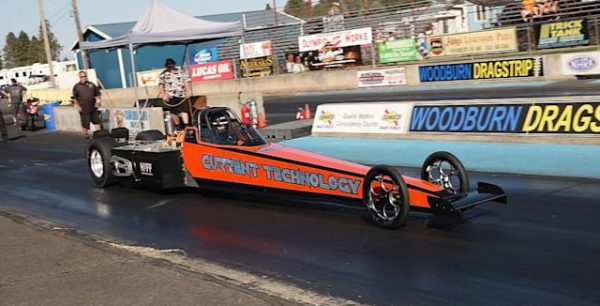 A long time ago we were walking through Red Hook, and we discovered that a race track had been built down there, in South Brooklyn, right on New York Bay. It was strange, because there wasn’t much noise or any gasoline smell. It was the cleanest, greenest, nicest race car track we’d ever seen. And we grew up going to stock car races. It turns out we’d stumbled across the ABB FIA Formula E Championship, or Formula E. As it turns out, there are electric dragsters too. And they go fast. George Lucas must love this. Here’s more from Engadget:

[Steve Huff] spent most of winter working on his dragster which, according to his website, boasts 1,950 horsepower and 1,000 lb-ft of torque via its brushless A/C motor and 800-volt system. The record beats the previous fastest electric dragster speed of 189 mph, which was set by drag racing legend Don Garlits last year.

Comments Off on Electric Dragster Passes 200MPH for the First Time