You certainly saw the Tomy RaceCab, an arcade version of the Tomy Racing Turbo toy dedicated to racing games. It gave me an idea, why not doing the same for air combat simulation! Fortunately, some jet fighter cockpit toys where made by Tomy and others. I just needed to put Recalbox in it to create a Jet fighter simulator ! You can see it in action here.

And some resistors and wires.
Some parts are 3D printed to adapt the display and joystick.
See the video above for use and for build details the post. 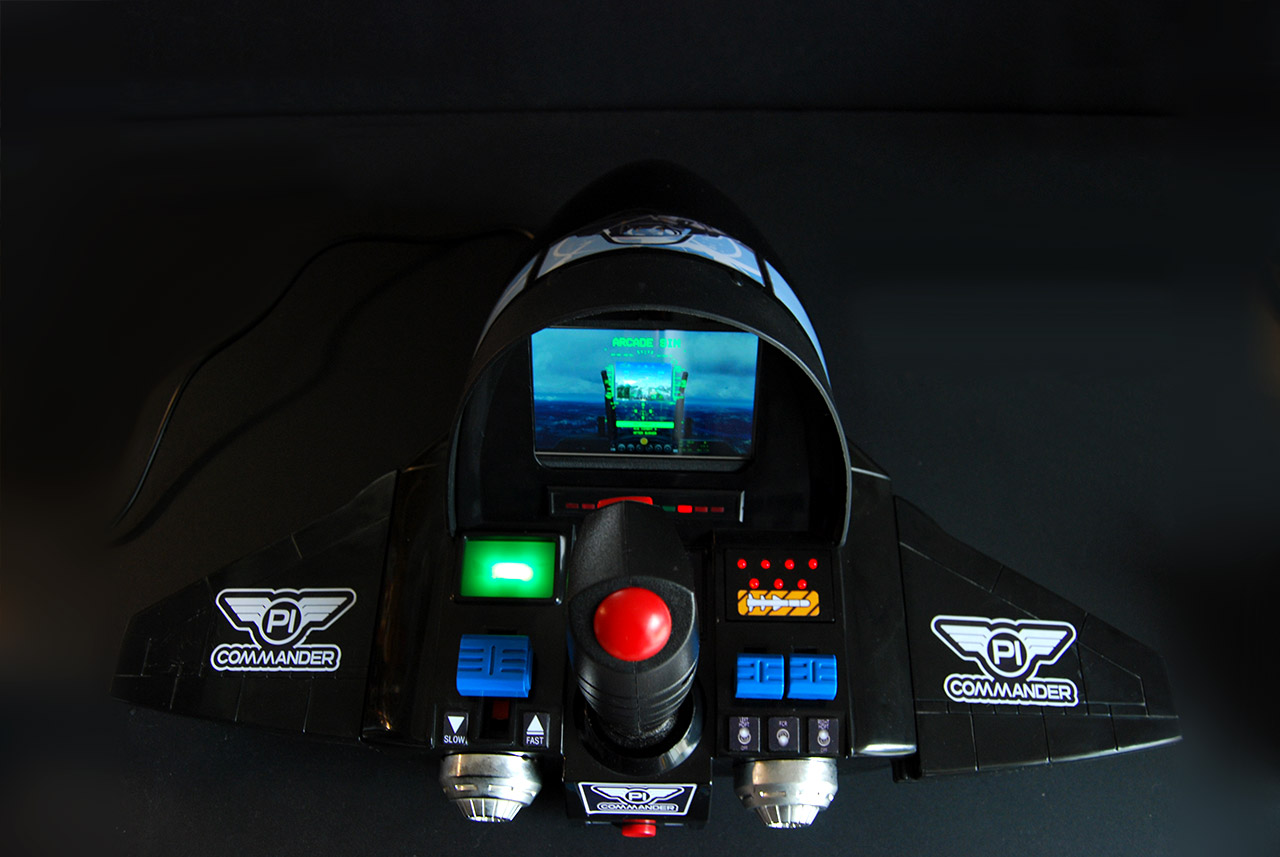