The Dystopian Architecture of Cyberpunk (and Cyberpunk-Adjacent) Worlds #cyberpunk 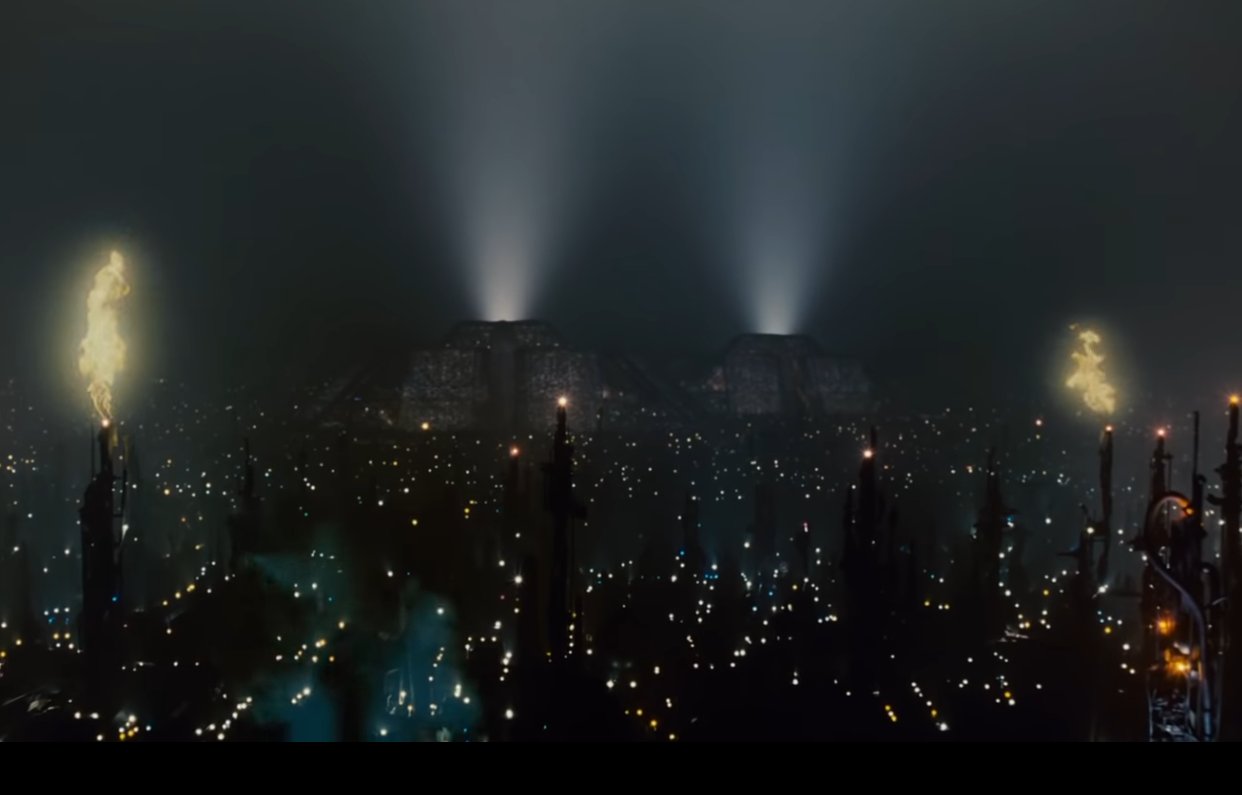 One of the undeniable features of most cyberpunk worlds is techno-saturated urbanism in a highly class-stratified society ruled by weak governments and corrupt governments, mega-corporations, and fear. What usually goes hand in hand with such dystopianism is foreboding, monumental architecture.

Think about the classic opening scene in Blade Runner, as we the viewer fly over a near-future Los Angeles, awash in perpetual rain, blue-arcs of lightening, and smoke stacks loudly gouting fire into the sky, as if the entire city has devolved into one “dark Satanic mill.” And who can forget the approach to the Tyrell Corporation buildings, two giant pyramids dotted with thousands of tiny windows, each building a city unto itself.

In this piece on 99% Invisible, Kate Wagner, a writer on architecture, design, and urbanism examines The Architecture of Evil, the dystopian architecture found in many speculative fiction films.

Though the story of Robocop takes place in futuristic Detroit, the film was shot exclusively in Dallas, Texas. Set in a dystopian future where the Omni Consumer Products corporation controls the city of Detroit, the 80s film features at the heart of the evil corporation a Late Modern building by I.M. Pei: the Dallas City Hall. 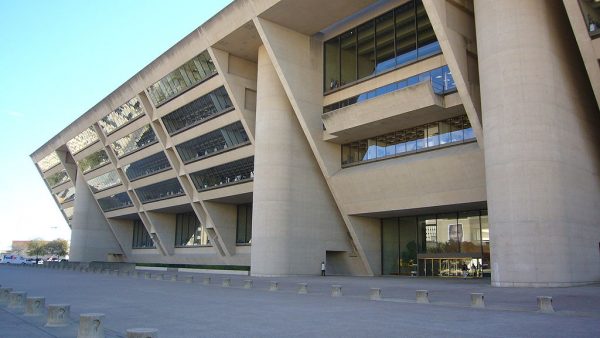 Here are a few of the video clips cited in the piece.