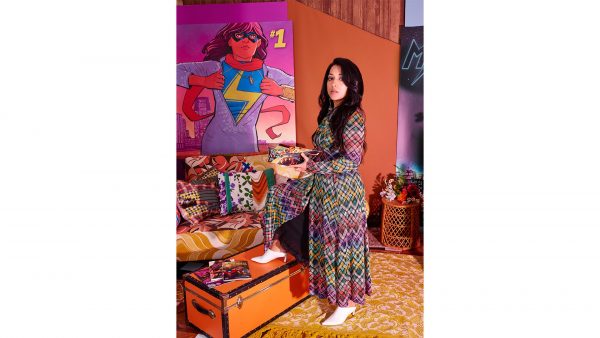 Nearly a decade later, [Sana Amanat] has been a force for change. The characters she’s brought to the fore may have supernatural powers, but their lives are informed by real-world issues. Whether politics, race relations, sexism, or issues of class, their stories are about more than fending off bad guys. Take the case of Kamala Khan, aka Ms. Marvel, Amanat’s most personal creation. A Pakistani-American teen who discovers that she has the power to shape-shift, Khan gradually learns that outside appearances don’t dictate self-worth (though her uniform of lightning bolt minidress, scarf, and tights certainly makes for a bold look). The parallels to Amanat’s life are obvious. “[Kamala] lives in Jersey City, and she looks across the river and sees these powerful beautiful superheroes who are kicking butt and looking great doing it. She wants to be just like them and thinks that’s what being powerful is, it’s this individual who looks nothing like her,” says Amanat. “It’s important that we find a way to cultivate our own strength and formulate that identity on our own terms. The story of Kamala Khan is very much about that.”