A Strange Asteroid Spotted Near Jupiter 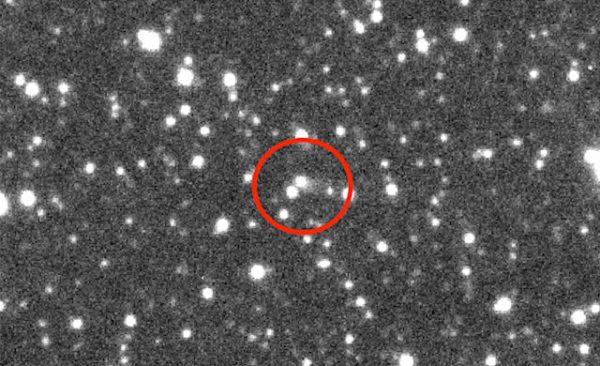 Space, in the words of Douglas Adams, is big. Really big. Even our solar system is big. So big that we discover new things under the sun every once in awhile. Here’s more from enadget:

Researchers using the University of Hawaii’s Asteroid Terrestrial-impact Last Alert System (ATLAS) have found (via Gizmodo) a Trojan asteroid, 2019 LD2, that not only follows an odd orbit ahead of Jupiter but also sports an icy tail — it’s a unique “crossover” between asteroid and comet. It only appears to have been active for less than a year, too, which is unusual when Jupiter Trojans are often billions of years old and should have lost their ice a long time ago.

Comments Off on A Strange Asteroid Spotted Near Jupiter