A new song for the Zen of Python #Python @pumpichank 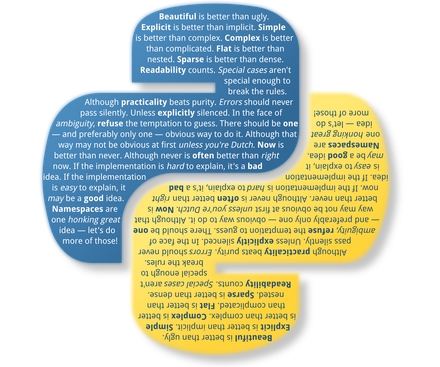 The Zen of Python is a well-known collection of aphorisms which describe the aesthetics of the Python language. They were channeled by Pythonista Tim Peters in 2004 and codified as PEP20.

It was a throwaway python-list post. But like all great triumphs of literature, it was written during commercials breaks while watching professional wrestling on TV, and munching on a ham sandwich. All true!

Barry Warsaw recently wrote a song and lyrics based on the Zen of Python under the terms of a Creative Commons CC BY-NA-SA 4.0 license – We Fear Change.