The Sun Has Been Hibernating for Years. It Might Be Waking Up 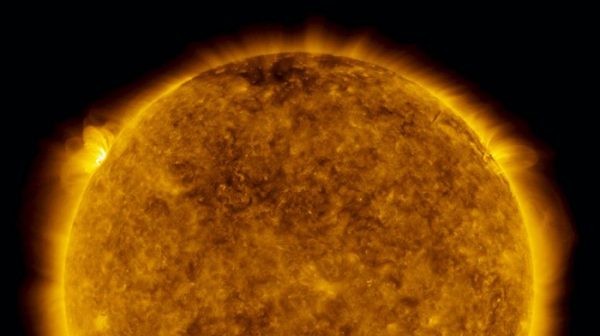 The Sun emitted its largest solar flare since 2017 on Friday, indicating that our star may be awakening from a quiet period that has lasted several years. Though the flare erupted on the opposite side of the Sun from Earth, NASA’s Solar Dynamics Observatory was able to detect its glow above the solar surface, which is visible in the upper left corner of the above image.

Solar flares, sudden bursts of light blasted out by the Sun, are sometimes accompanied by arcing ejections of hot plasma from the star. These flashes normally show up in the same area as sunspots, which are dark patches of the solar surface that are slightly cooler than other parts of the Sun.

Comments Off on The Sun Has Been Hibernating for Years. It Might Be Waking Up