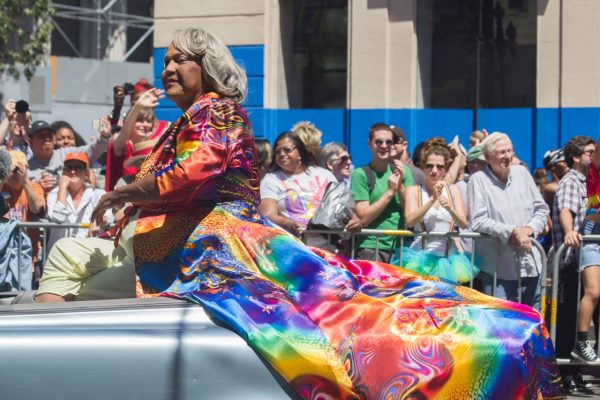 Miss Major Griffin-Gracy is a trailblazer and well-respected elder in the Black LGBT community. Below is a bit of information on Wikipedia for background on who she is and why she should be continuously uplifted.

After having been kicked out of two colleges for the outward expression of her identity,[8] Griffin-Gracy moved from Chicago to New York City. While some organizations, including gay bars in the city, would deny entry to trans women,[10][11] she established herself within an LGBT community associated with the Stonewall Inn, a bar in Greenwich Village. She recounted, “We could go to Stonewall and everything would be fine, we didn’t have to explain ourselves.”[10]

On June 27, 1969, Griffin-Gracy was in the Stonewall Inn meeting with a girlfriend when the bar was raided,[10] an action which initiated the Stonewall riots.[12] Griffin-Gracy was a leader in the riots,[13] but was struck on her head by a police officer and was taken into custody. While in prison, she reported that a corrections officer broke her jaw.[6] In 1973,[14] she went to a gay rally in Central Park with fellow activist and trans woman Sylvia Rivera, where the audience booed Rivera offstage

Read more about her and check out her interview with the NYPL.