Unearthing a Roman Villa Under a Working Vineyard 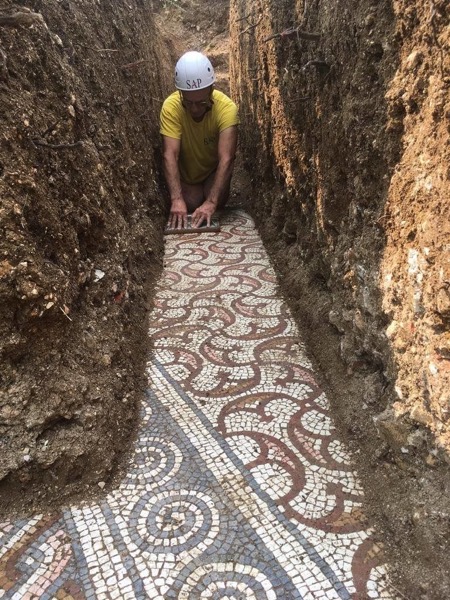 So many layers of beauty in a single place! Via Atlas Obscura.

Nestled between the Alps and the city of Verona, the Valpolicella—literally the “valley of many cells” in Latin—has been a renowned winemaking region going back at least to Roman times. In the first century, Pliny the Elder wrote about how people near Verona made wine: “They gather their bunches into stone barns and let them dry until winter, when they make wine from them.” Some places still make it like they used to: Regional wines, such as Amarone, are still made using partially dried grapes, a technique that was common during the Roman Empire.

Recently, archaeologists have unearthed signs of the former Roman residents of Valpolicella—appropriately right below an operating vineyard. In May 2020, a team of government archaeologists unearthed an intricately patterned mosaic pavement dating to the third or fourth century. But it wasn’t an entirely unexpected discovery.

Comments Off on Unearthing a Roman Villa Under a Working Vineyard