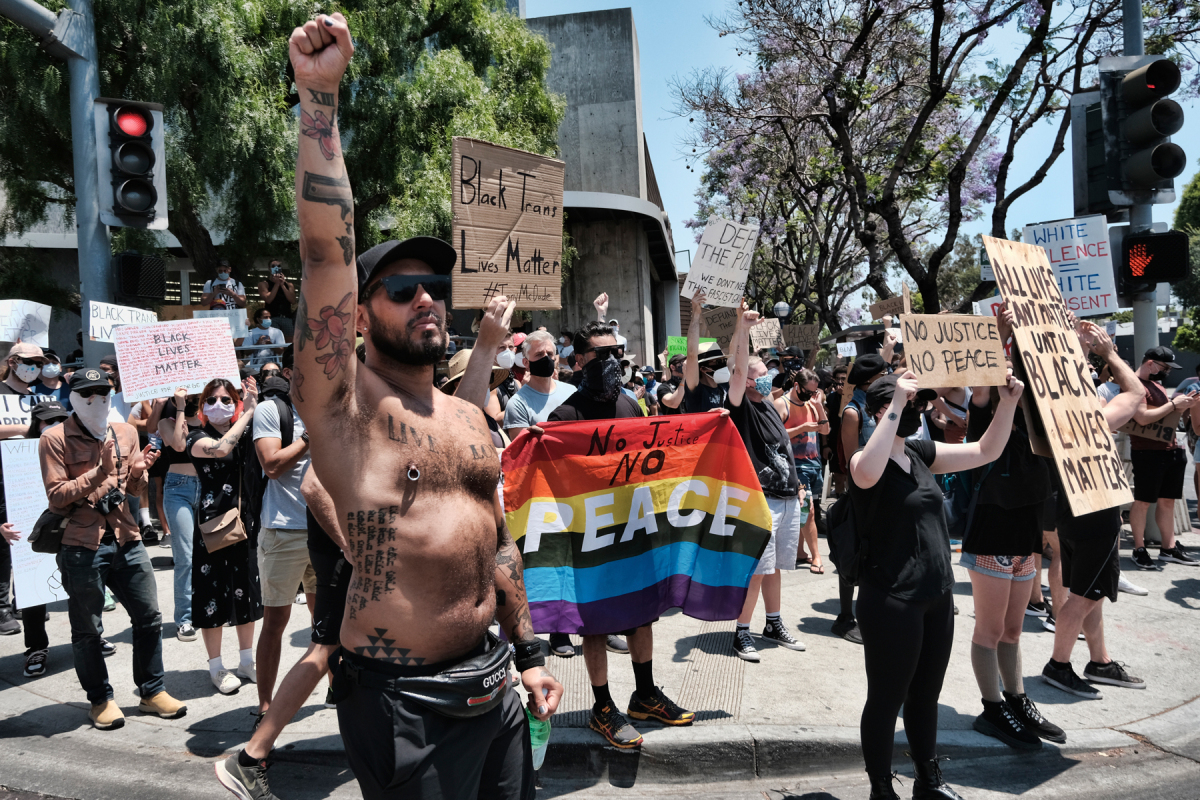 the LGBTQ community is focusing some of its Pride Month programming on elevating black voices. This year the Reclaim pride Coalition announced it will host an in-person march to support the movement for black lives and to protest police brutality. Via Rolling Stone

Although Reclaim Pride initially intended to cancel its in-person march in favor of a virtual event following the COVID-19 outbreak, everything changed after a video showed Floyd, an unarmed black man, being fatally suffocated by a police officer on May 25th. The footage, in which former Minneapolis patrolman Derek Chauvin kneels on Floyd’s neck for eight minutes and 46 seconds, triggered nationwide protests against police brutality.
For Barjon and other organizers, the protests were a reminder of why the Queer Liberation March was created and also why it was necessary to continue fighting for justice, even in the face of the pandemic. Reclaim Pride decided it would hold a march on June 28th in solidarity with protesters, renaming the event the “Queer Liberation March for Black Lives and Against Police Brutality.”

During the month of June the Adafruit Blog will be sharing blog posts that celebrate LGBTQ figures and stories – see all of our coverage here!